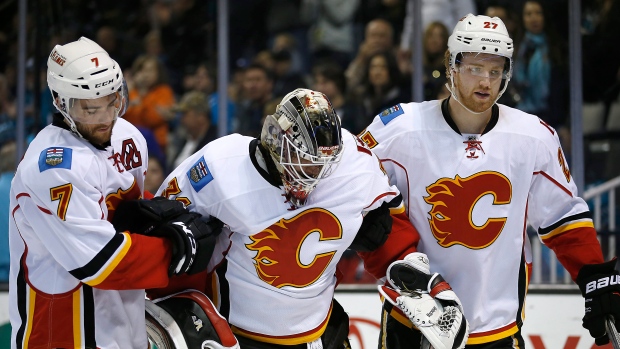 Karri Ramo's season is over due to a torn ACL.

The Calgary Flames announced the injury to their starting goaltender on Wednesday. He was injured in the third period of the Flames' 6-5 win over the San Jose Sharks on Feb. 11.

His career record sits at 60-63-18 in 159 with the Flames and Tampa Bay Lightning. His career GAA sits at 2.85, while his save percentages stands at .906. He has posted five career shutouts, including one this season.

The Flames called up Joni Ortio when Ramo was placed on injured reserve last week.