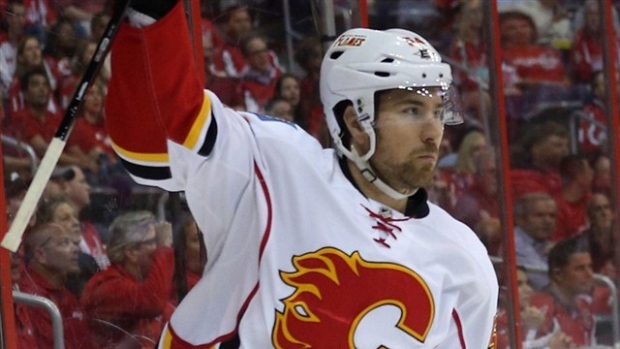 The Calgary Flames have traded David Jones to the Minnesota Wild in exchange for goaltender Niklas Backstrom and a sixth-round draft pick in 2016.

A veteran of 443 games with the Flames and Colorado Avalanche, Jones posted a career-high 27 goals during the 2010-11 season, but has not eclipsed the 20-goal mark since the 2011-12 campaign.

Jones has scored 102 goals and tallied 86 assists during his NHL career. He was a ninth-round draft pick of the Avalanche in 2003.