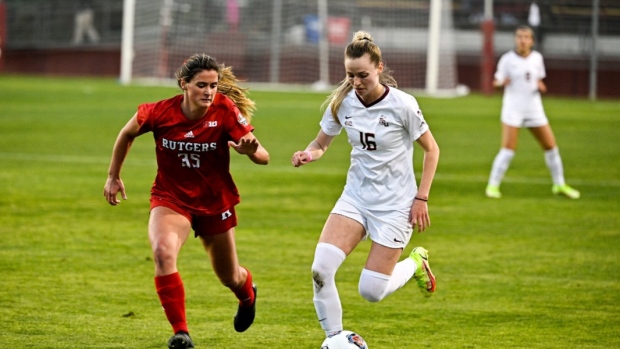 SANTA CLARA, Calif. (AP) — Jaelin Howell scored in the 71st minute and Florida State advanced to the Women's College Cup championship game with a 1-0 victory over Rutgers on Friday night.

The Seminoles will face BYU on Monday for the NCAA title. The Cougars got past defending national champion Santa Clara in a shootout later Friday night.

The top-ranked Seminoles defeated Michigan 1-0 on a golden goal in overtime to reach the semifinals. Florida State won national titles in 2014 and 2018 and is playing in its 12th College Cup.

Howell broke through with a rebound goal from close range off a corner kick. Florida State goalkeeper Cristina Roque made four saves.

“We knew that Rutgers was going to be a great team and we had to stay patient throughout the course of the game, and I thought we did a good job of that," Howell said. “We were a little sloppy in the first half, but came out composed in the second half and we knew that things were going to open up if we played together and had patience. So when that goal came, I was just excited to contribute.”

Rutgers, the Big Ten regular-season champion, was making its first College Cup appearance since 2015. The fifth-ranked Scarlet Knights advanced to the semifinals on penalties after a 2-2 draw with Arkansas.

“We’ve had a great year. They were brilliant tonight, created chances, executed a game plan and worked hard as a team," Rutgers coach Mike O'Neill said. “We talk about being 28 strong, and we were 28 strong this evening and left nothing on the field. So disappointed in the result, but it’s been a historic year and I’m very, very proud.”

Florida State made it to last season's College Cup final, which was played in May after the coronavirus pandemic postponed the 2020 season. Santa Clara won the title on penalties after a 1-1 draw.