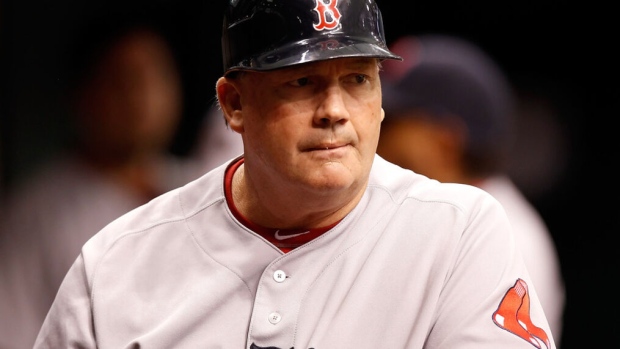 BOSTON — Ron Johnson, who worked 25 seasons as a minor league manager, most recently for the Triple-A Norfolk Tides in the Baltimore Orioles system, died on Tuesday. He was 64.

Johnson appeared in 22 major league games with the Kansas City Royals and Montreal Expos from 1982-84, mostly as a first baseman, batting .261 in 53 career plate appearances. He went on to manage in the Royals, Red Sox and Orioles systems.

Johnson spent 10 seasons in the Red Sox system, working his way up from Single-A Sarasota to Double-A Trenton and Portland to Triple-A Pawtucket, where he was in charge from 2005-09. He spent the 2010 and ’11 seasons as Boston’s first base coach.

“RJ was instrumental in helping countless Red Sox players reach and succeed in the big leagues, and was an important contributor to two World Series championships," Red Sox general manager Brian O'Halloran said. "His kindness, sense of humour, love of family, and passion for the game of baseball stood out among many wonderful qualities."

Johnson managed Norfolk from 2012-18 and was the 2015 International League Manager of the Year. He also coached in in the Royals system for 14 seasons.