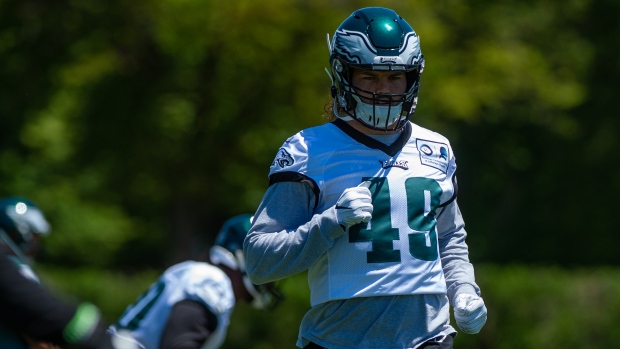 Former Calgary Stampeders linebacker Alex Singleton has been promoted from the Philadelphia Eagles' practice roster to their active roster.

Singleton signed with the Eagles after his All-Star season in Calgary last year and initially only made the team's practice roster after training camp.

After brief stints in the NFL with the Seattle Seahawks, New England Patriots, and Minnesota Vikings, in which he saw no regular season game action, Singleton played for the Stampeders from 2016-18.

The Montana State product was a CFL All-Star in 2017 and 2018 and was named the Most Outstanding Defensive Player in 2017. In 54 regular season games with the Stampeders, Singleton recorded 311 tackles, four sacks, and an interception.

The 25-year-old will likely earn his first regular season playing time with the Eagles this season.