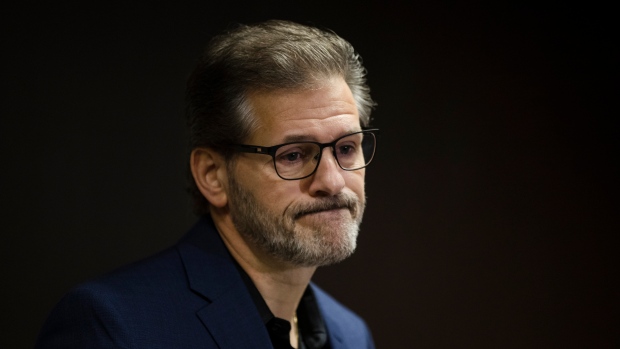 VORHEES, N.J. — Former Philadelphia general manager Ron Hextall said he was stunned the Flyers fired him this week, despite their losing record.

Hextall, a former Flyers goalie, was fired Monday after 4 1/2 seasons on the job.

"I didn't see this coming in any way," Hextall said Friday. "I was shocked. I was stunned, yeah."

The Flyers are 10-12-2 and in last place in the Eastern Conference under coach Dave Hakstol headed into Saturday's game at Pittsburgh. Flyers President Paul Holmgren said he fired Hextall because it had "become clear that we no longer share the same philosophical approach concerning the direction of the team."

Hextall had preached patience and tried to rebuild the Flyers through the draft instead of making short-term fixes with high-priced veterans. When the development didn't come quick enough, Hextall was given the boot.

"There were a lot of things that just went the wrong way on us," Hextall said.

Holmgren said this week the next general manager will decide Hakstol's fate. Holmgren had few solid answers this week as to why he made the move, other than to repeatedly call Hextall "unyielding."

Hextall said he took a three-stage approach toward trying to build a contender: clean up the salary-cap mess left behind by Holmgren, his predecessor; watch prospects grow as a team; make a big splash through free agency or a trade when the Flyers were close to "go time."

"I didn't feel we were at go-time," Hextall said.

The Flyers had two first-round playoff exits in Hextall's tenure and they show no sign this season of winning the franchise's first Stanley Cup since the back-to-back titles in 1974-75.

"I certainly expected to take a step this year," Hextall said. "There's a few more growing pains with our young players than I expected."

Hextall was criticized for refusing to listen to scouts and advisers and had been accused of cutting off alumni access to the team. Hextall, a star goalie and one of the franchise's more popular players, had wanted his own process on his terms.

He said Friday at a hotel across the street from the team's New Jersey headquarters that he was wrong to deny former players access to the locker room during an alumni game. But he said he was a team player in contact with scouts and other key personnel and was close a few times on making a major deal or signing a key free agent that could have helped the Flyers.

"I can assure you, I was being aggressive," he said. "If we would have had something that made sense for us, short term and long term, we would have done it."