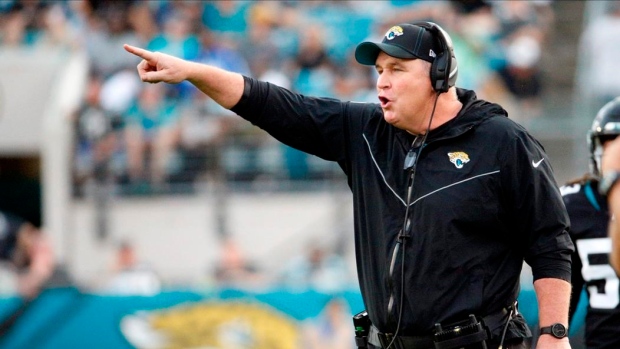 Bill O'Brien won't be the only person bringing NFL experience to Tuscaloosa next season.

"We are extremely fortunate to be able to add Doug Marrone to our staff," Saban said. "He knows our new offensive coordinator Bill O'Brien well and will do a fantastic job with our offensive line. He has extensive experience as not only an offensive line coach, but also as a head coach at Syracuse and in the NFL with Buffalo and Jacksonville. Doug has an excellent track record for recruiting and developing players. I'm excited about his ability to help our players reach their full potential."

Marrone was fired earlier this month after four seasons as Jags head coach, posting a 23-43 mark (including going 1-1 as interim head coach in 2016). The move to Bama is Marrone's return to the NCAA for the first time since 2012. From 2008 to 2012, Marrone served as the Orange's head coach before leaving to lead the Bills for two seasons.

The 56-year-old native of the Bronx has also coached at Tennessee and Georgia previously in his career.

"I have always admired the programs Coach Saban has built, and I am excited to have the opportunity to join his staff here at Alabama," Marrone said. "Coach's program is the model of consistency, and I am looking forward to helping continue that tradition of success with an exceptional group of players and coaches."

O'Brien, who was fired midway through his seventh season as head coach of the Houston Texans in October, was introduced by the Crimson Tide last week.