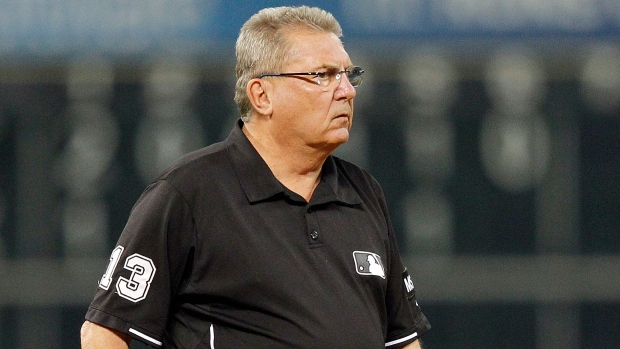 PALM SPRINGS, Calif. — Former major league umpire Derryl Cousins, who worked three World Series during a career that lasted over three decades, has died. He was 74.

Craig Cousins said his brother died at home Monday after a bout with cancer.

Cousins got his spot in the big leagues during the umpires' strike in 1979 and stayed on the job through the 2012 season. He called the World Series in 2005, 1999 and 1988 and also worked seven League Championship Series, five Division Series and three All-Star Games. He was a crew chief toward the end of his career.

“Derryl played baseball, then got out of school and had some odd jobs and it just wasn't working for him. He got some money together, decided he'd try to become an umpire and it just clicked for him,” his brother said. “He loved everything about being an umpire. He loved the life."

Pitchers enjoyed seeing him, too.

“I just know that as an umpire, they said he was someone who pitchers liked,” Craig Cousins said. “When you came to the plate, you better be ready to swing.”

Cousins said the family planned to put together a memorial service for next spring.