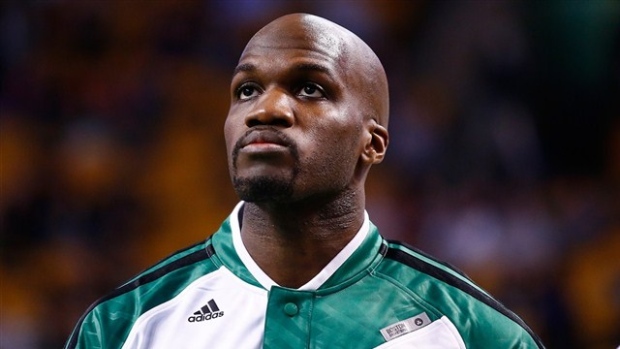 HAMILTON — Former NBA player Joel Anthony has been named as a player consultant for the Canadian Elite Basketball League's Hamilton Honey Badgers for the 2020 season.

He spent his first seven seasons with the Miami Heat, helping the team win NBA titles in 2012 and 2013. He also played for Boston, Detroit and San Antonio.

After being cut by the Milwaukee Bucks before the 2017-18 season, Anthony signed with San Lorenzo, which competes in both Argentina's top league and the Americas League. During his two-year stint with San Lorenzo he helped the club win back-to-back championships in both leagues.

The six-foot-nine, 245-pound centre was also a fixture of Canada's men's basketball team after making his senior debut in 2008.

"Joel Anthony brings extensive playing experience at the highest level of basketball that will help in the development of our players this season," Hamilton general manager Jermaine Anderson said in a release. "Joel was with two NBA championship-winning teams in Miami and has competed alongside some of the NBA's very best players, including Shaquille O'Neal, LeBron James, Chris Bosh, Kawhi Leonard, and Alonzo Mourning.

"He has learned the game under the guidance of coaches such as Pat Riley, Gregg Popovich, Erik Spoelstra, Brad Stevens, and Stan Van Gundy. He has a lot to offer our players, coaches, and staff."

The start of the 2020 CEBL season has been pushed back to at least June because of the COVID-19 pandemic. Hamilton was originally scheduled to tip off its season May 8 in Edmonton.