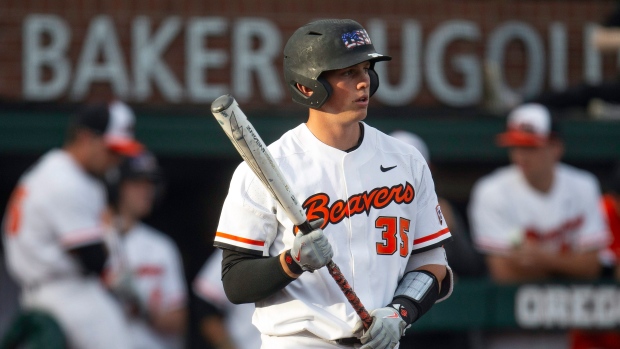 The latest No. 1 overall pick in the MLB Draft, catcher Adley Rutschman, and the Baltimore Orioles are close to a deal, Jon Heyman of MLB Network reports.

Breaking: Adley Rutschman, the No. 1 overall pick, catcher from Oregon State, is close to a deal with the Baltimore Orioles

The former Oregon State University standout was the consensus top pick of the draft this year. He was originally selected in the 40th round of the 2016 First-Year Player Draft by the Seattle Mariners, but did not sign with the team.

Rutschman was the 2018 College World Series Most Outstanding Player. In 57 games played this season with the Beavers, Rutschman's batting average was .411 with 17 HR and 58 RBI.