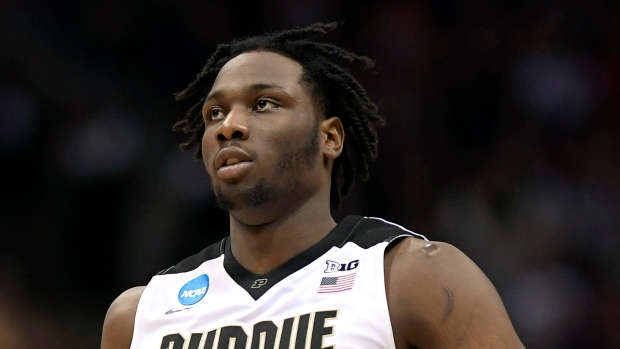 Caleb Swanigan has died at the age of 25.

Purdue confirmed the death of their former All-American forward on Tuesday morning.

Our thoughts and prayers to Caleb Swanigan’s family and friends. The world lost a gentle soul last night.

A native of Indianapolis, Swanigan experienced homelessness as a child before being adopted at 13 by former Detroit Lions linebacker Roosevelt Barnes. In high school, Swanigan was named Indiana's "Mr. Basketball" after leading Homestead High School to its first ever state title in 2015.

After starring at Purdue, Swanigan was a first-round pick of the Portland Trail Blazers in 2017.

Swanigan would go on to appear in 75 NBA games over three seasons with the Blazers and Sacramento Kings.