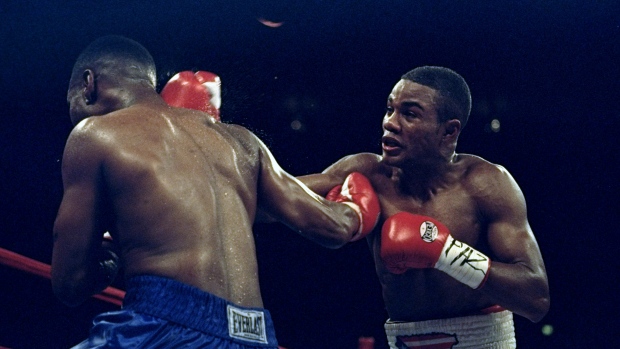 The 55-year-old boxer was struck and killed by a car near his home in Virginia Beach, VA late Sunday night, police said.

"I guess he was wearing dark clothes, the road was dark and the driver didn't see him," Devon Whitaker, his youngest son, told The Virginian Pilot.

"I can't really say how I'm feeling because I'm feeling shocked," the younger Whitaker said. "I'm still trying to process everything that's going on. But he was a cool guy."

A four-time world champion who fought at lightweight and welterweight, Whitaker was inducted into the International Boxing Hall of Fame in 2006 and was Ring Magazine's Boxer of the Year in 1989.

Whitaker defeated Puerto Rico's Luis Ortiz in the gold-medal fight, 5-0, to claim the lightweight crown at the Los Angeles Olympics.