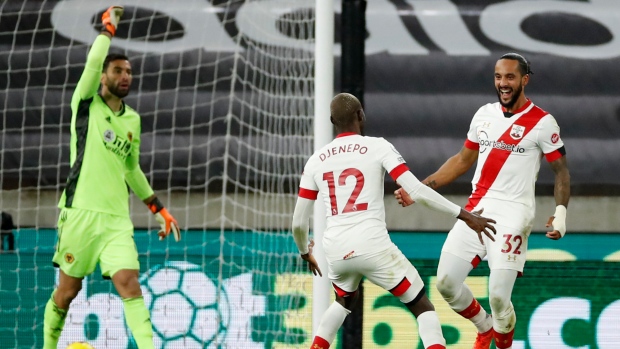 Theo Walcott is sticking around with his boyhood club.

The on-loan forward will sign a two-year deal with Southampton upon the expiry of his Everton contract, the club announced on Tuesday.

One of our OWN 😇#SaintsFC is delighted to announce it has reached an agreement in principle with @theowalcott for him to return to the club permanently:

"I'm not sure I can properly express how happy I am about this," Walcott said. "Southampton is a club that means so much to me, and it has been incredibly special for me to have spent this season back at St Mary's. But to now have the opportunity to return for a further two years means such a great deal to me, both personally and professionally."

The 32-year-old former England international made his professional debut for Saints in 2005 as a graduate of their academy before signing for Arsenal, with whom he would spend almost 12 years, the next season.

On loan this term from the Toffees, Walcott has made 20 league appearances for Southampton this season, scoring three times.

Now in his 15th Premier League season, Walcott had been with Everton since a £20 million move from the Gunners in January of 2018.

Internationally, Walcott has been capped 47 times by England.