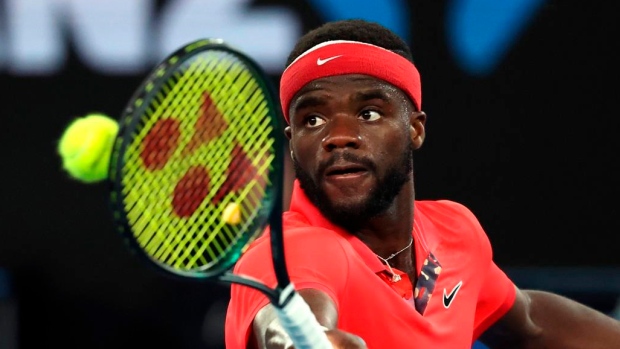 Tiafoe won his first ATP Tour title as a 20-year-old wild card at Delray Beach in 2018. His career record is 9-2 in the tournament and 62-93 elsewhere on the ATP Tour.

Cameron Norrie of Britain beat No. 3-seeded Adrian Mannarino of France, 6-2, 7-5, and on Monday will face Tiafoe.

“He chopped me up pretty good the other day in practice,” Norrie said. “He's playing great — he is moving well and serving big, so it's going to be really tough. But I'm playing well too.”

Tiafoe, seeded eighth, won the final four games of the first set and dominated the final set. He lost only eight points on his first serve against Fratangelo.

"We’ve known each other for a long time,” Tiafoe said. “He’s a tough opponent. It’s never easy playing somebody you like.”