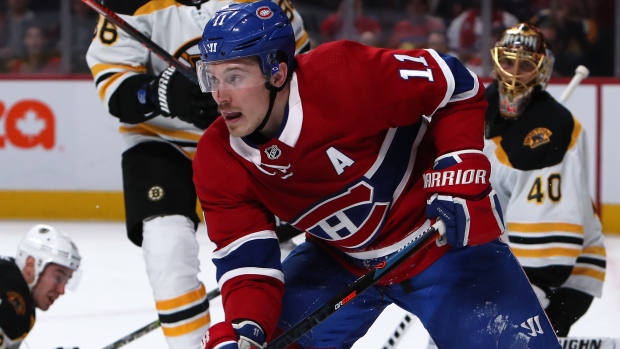 A heartbeat is defined in the dictionary as a “vital unifying force,” and that’s especially true in the hockey world.

Every great NHL team has a “heartbeat player,” a guy who is the pulse of the team. He likely isn’t the best or most talented player, but he is a spark plug who drags everyone else into the battle on a nightly basis.

Heartbeat players are hard to come by. Not every team has one.

Which players are vitally important to the success of Canada’s seven clubs?

Let’s break out our stethoscope to examine: 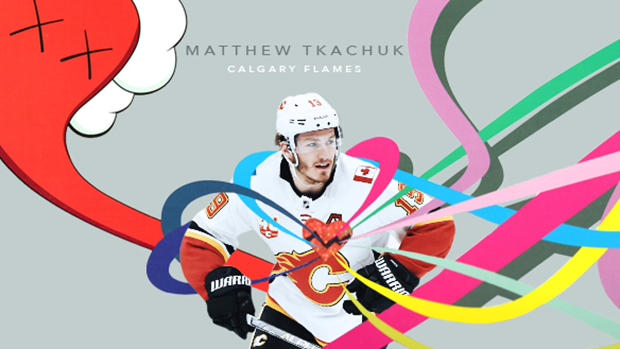 Tkachuk is the poster boy for “heartbeat player.” He is the fuel for the Flames, the straw that stirs the drink in Calgary. We’re not just talking about his jaw-dropping OT winner from last week that is among the best goals of all-time, or how no other Flames player in franchise history has scored as many points as Tkachuk has (192) before turning 22. No, it’s a comeback like Tuesday night against Arizona that puts him on the poster. He did the dirty work, throwing the body behind the net before funneling the puck up the boards and getting in front for the re-direction with 3:30 left that jumpstarted it all. Whatever Tkachuk lacks in high-end skill compared to Johnny Gaudreau or some of the other top-end players in the NHL, he makes up for in heart, and that might even be more valuable. 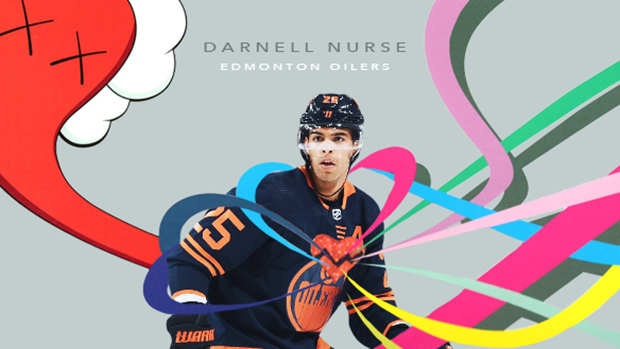 We think of the Oilers as running on the back of Connor McDavid and Leon Draisaitl – and that certainly is true from a production perspective. But it’s Nurse who brings the energy from the backend. Nurse is a grinder from the old school - with the toughness that makes him a perfect match for Oil Country. He piles up hits and blocked shots and he isn’t afraid to drop the gloves when necessary. Nurse has also developed the dynamic necessary to be productive at the offensive end. Still, for a team with a mandate from head coach Dave Tippett to cut down on goals against, it’s Nurse’s presence in front of the net that has the Oil allowing the fourth fewest inner-slot shots against so far in the NHL this season. 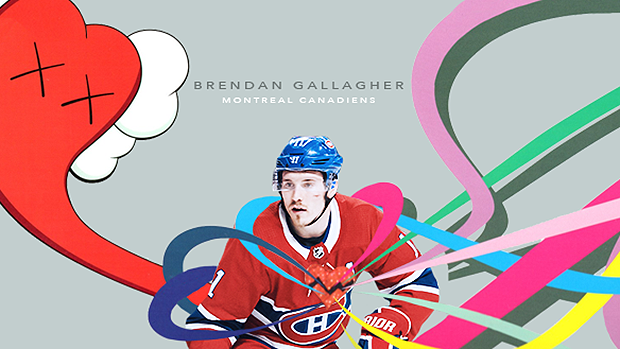 There is no question Gallagher is the heartbeat of the Habs. Take a look at his highlights and the same adjectives can be used to describe him in almost every one. He is relentless, gritty and effective. Gallagher goes to the net with reckless abandon and little regard for his 5-foot-9 frame. His nose is always dirty. After back-to-back 30-plus goal seasons, Gallagher is on pace to approach 40 this season with his persistent and unique edge to the game. Gallagher, 27, only knows how to play one way - and that’s all-out, every shift. Whether it’s jumpstarting his team by scoring in the opening minute, like he did in Arizona, or providing a spark with a hit, Gallagher is Montreal’s motor. 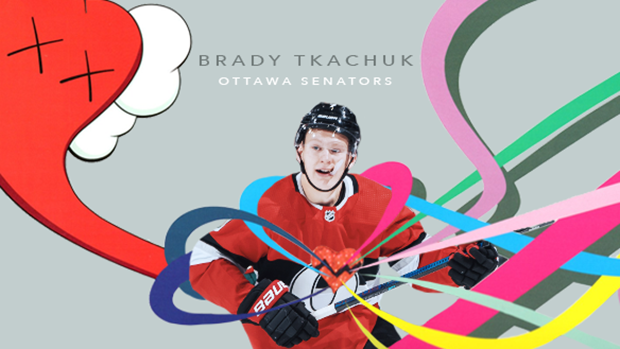 It must be a Tkachuk thing, because Brady and Matthew are both a chip off the ole’ Big Walt. In the nation’s capital, the Sens feed off Tkachuk’s energy more than his talent. Take Monday night’s win at Madison Square Garden. Yes, Tkachuk chipped in with a goal and an assist. But he was also under New York’s skin all night, certainly not shy in the bright lights of Broadway. The 20-year-old winger was in the middle of every skirmish, rattling the Rangers. “We played right into his hands,” said Rangers coach David Quinn, who coached Tkachuk in his only college season at Boston Univ. “A few too many of our guys got distracted.” 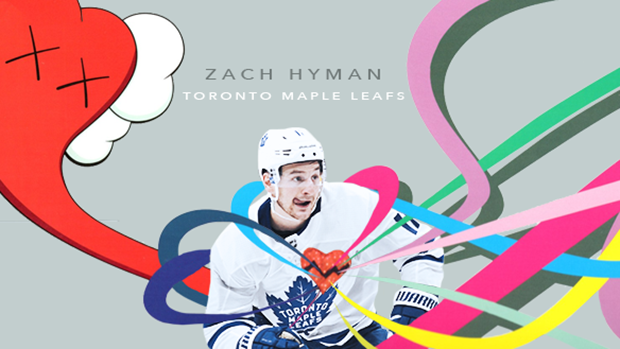 The Maple Leafs are close to getting their heartbeat back. Hyman is a mere days away from returning from off-season knee surgery - and if you listen to coach Mike Babcock, who says the Leafs have struggled to establish an identity this season, they have missed him. Simply put: Hyman does all the dirty work necessary to win. Last week, Babcock called Hyman “the best there is in hockey” at puck retrievals. Hyman brings something totally unique to sit at the table with the rest of the high-skill Leafs’ forwards. Toronto doesn’t have a player like him and his return, along with captain John Tavares from a hand injury, will finally have everyone correctly slotted in the lineup. “He’s a huge part” of the team, Babcock said. “I mean, even the people that aren’t fans are now fans.”

Winnipeg Jets: To Be Determined 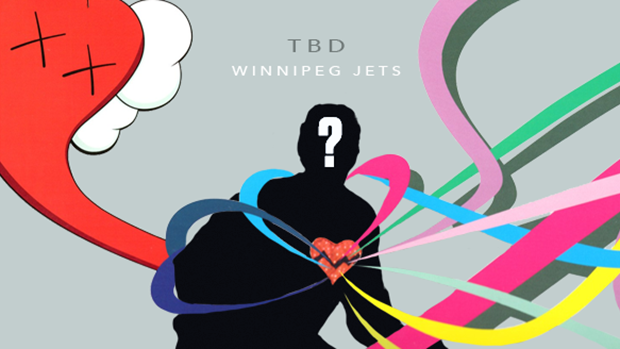 The real truth is the Winnipeg Jets are still searching for their pulse. In the last handful of years, that heartbeat has certainly been captain Blake Wheeler. He has been their chief “driver” as coach Paul Maurice likes to say. The Jets went as Wheeler did. But this year, in a year where Wheeler has vowed to change his leadership style, it doesn’t feel like it’s the case. Wheeler (and most of the rest of the Jets) has struggled to produce points. Two-hundred-foot centre Adam Lowry would seem to be a candidate - his teammates praised him for squaring off with Ryan Reaves in Vegas on Saturday – but Lowry hasn’t registered a single point in 14 games, either. The Jets just don’t seem to have the same juice this season. 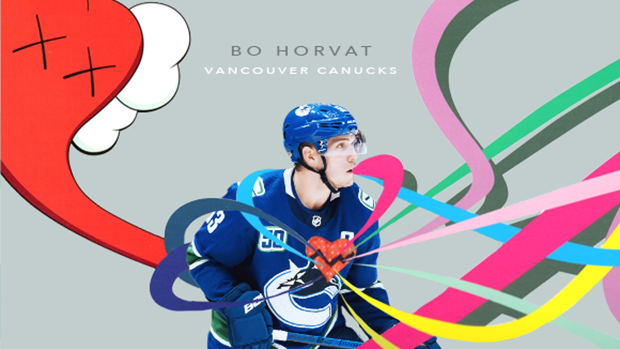 It might sound cliché to pick the captain, but Bo Horvat is the closest thing the Canucks have had to a heartbeat player since Alex Burrows departed in 2017. There are no “nights off” for Horvat, who consistently takes on the toughest minutes, wins the majority of faceoffs (60 per cent) and drives as hard to the net as anyone. Think back to Vancouver’s first swing out East of the season. Horvat scored in St. Louis, stood up for rookie Quinn Hughes in New Jersey, and was an all-around beast on the trip, collecting a hat trick in Detroit and a goal at the Garden. It’s early, but it’s probably safe to say the Canucks made the right choice for captain as Horvat leads the best team in Canada to start the season.