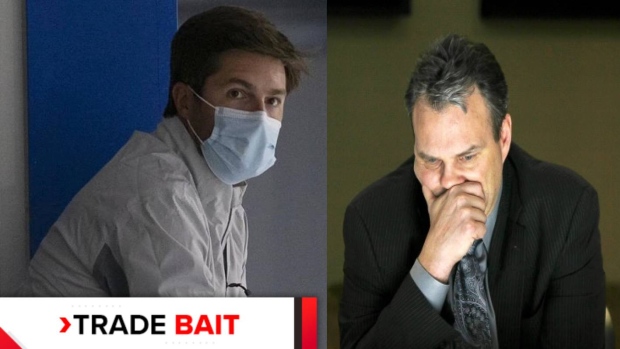 The list of potentially limiting factors ahead of the National Hockey League’s April 12 trade deadline is not a short one. There are salary cap constraints, budgetary influences and, yes, quarantine restrictions – all of which could curtail the action.

Then there is the market itself.

As one GM asked this week: How many teams are actually buying? Turns out, the number of firm buyers seems to be down this season.

The reason could be any one of the above. It could also be the pure intra-divisional play format, which has created a clearer dichotomy of teams than the usual conference format.

Or it could be that without fans in most buildings, there is limited financial incentive for GMs to pull off a trade that might win an extra round.

In most years, an extra round of home games could mean anywhere from $4 million to $10 million in additional revenue on the bottom line. Managers aren’t facing the same pressure, and that means more teams than usual are neutral on the deadline – neither buyers nor sellers.

With that in mind, here is our list of buyers:

1. Toronto Maple Leafs: GM Kyle Dubas hopes to make a trade ASAP? Check. Willing to trade a top prospect? Yep. Would prefer a rental player? Indeed. Primary goal: A middle-six forward? Yes, the Leafs check all of the classic buyer boxes as they attempt to make hay in a unique year before some roster surgery is required with Zach Hyman and Frederik Andersen as pending free agents.

2. Winnipeg Jets: GM Kevin Cheveldayoff also wasn’t shy this week in hiding his intention to add to the Jets. He’d prefer a rental defenceman, primarily for Expansion Draft considerations. The thinking is that Winnipeg is in need of a shut-off valve, a blueliner who can break up the cycle and get the puck quickly to the high-octane forwards that fuel the Jets.

3. New York Islanders: The Islanders were looking for help before announcing captain Anders Lee would miss the remainder of the season on Wednesday with a torn ACL. Now GM Lou Lamoriello confirmed they would be aggressive with $5.5 million in LTIR space: “We’re always trying to find a scoring a scoring winger, even without Anders’ situation. If we can, we will.”​

4. Carolina Hurricanes: The red-hot Canes are third in the Central and fourth in the entire league in points percentage. What most people don’t realize about Carolina, which made three deadline day deals last February, is that they are more open to change and more eager to sniff around for opportunities to improve than most.

5. Vegas Golden Knights: The Golden Knights have proven to be the gold standard in the West Division through the first half of the season. They’ve got the second-best goal differential in the league, a great goaltender, and they pack a scoring punch. The only area Vegas seems not quite up to Stanley Cup standard is down the middle.

6. Colorado Avalanche: It’s been an odd, injury-filled year for one of the Stanley Cup favourites. It’s difficult to imagine GM Joe Sakic not pulling the trigger on a trade between now and April 12, particularly in net, to help support Philipp Grubauer in case of another untimely injury. We shall see.

7. Philadelphia Flyers: This is the season that the Flyers were supposed to take the next step. Right now, they’re on the outside, looking in at a playoff spot. GM Chuck Fletcher seems smitten with a defenceman (Mattias Ekholm?) to properly replace Matt Niskanen. It’s a delicate dance in the East, where the line is so thin between missing and potentially reaching Round 3.

8. Boston Bruins: The Bruins are blurring that same line as the Flyers, both competing for the same spot. It’s been a transition year on the backend in Boston, but this is the final year of David Krejci’s and Tuukka Rask’s deal, Patrice Bergeron turns 36 in the summer, and Brad Marchand turns 33. There aren’t going to be many more kicks at Lord Stanley’s can with this core as currently constituted.

Then there is a smaller list of “soft” buyers searching for specific needs:

Edmonton Oilers: In need of either a scoring left winger or a second-pairing left-shooting defenceman, but the Oilers are not interested in rentals and not willing to move draft picks. Tough spot.

Calgary Flames: GM Brad Treliving has been seeking an impact right-shooting winger for months after trying Josh Leivo and Dominik Simon, but the prices are high, and the Flames have their work cut out for them in the standings.

Washington Capitals: Rather than nibble around the edges with depth forwards or defencemen, the Caps are keeping an eye on their young goaltending. Ilya Samsonov and Vitek Vanecek have carried the ball, but they have a combined zero playoff starts between them.

St. Louis Blues: The Blues have a chance to soon look like a different team. Vladimir Tarasenko is back, Jaden Schwartz, Robert Thomas, Tyler Bozak, Colton Parayko and Ivan Barbashev are all working their way there. They might not need anyone.

Tampa Bay Lightning: “We have literally zero cap space,” GM Julien BriseBois said recently. And it might be more difficult if Nikita Kucherov is healthy before the season ends and the Lightning must find a way to fit him into the cap in order to be able to use him for the playoffs.

Here is TSN Hockey’s latest Trade Bait board, which always seeks to blend a player’s prominence with his likelihood of a trade.