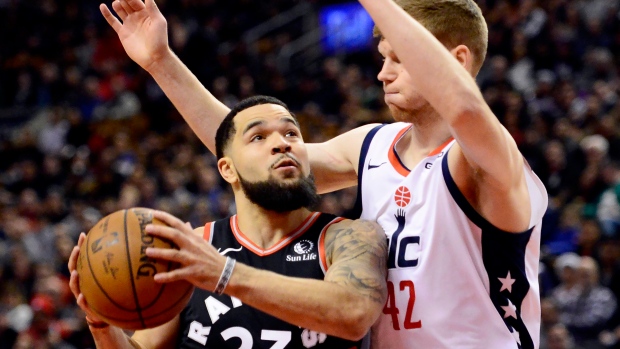 Toronto Raptors point guard Fred VanVleet missed Friday night's game against the Washington Wizards but said he plans to play Saturday when the team takes on the Minnesota Timberwolves.

VanVleet is out again tonight, but he's planning to play tomorrow.

VanVleet has missed the last five games because of a hamstring injury and was originally listed as questionable entering Friday's matchup. Toronto went on to win the contest 140-111, tying a franchise record for most points scored in a single game.

For the season, VanVleet is averaging 18.0 points per game on nearly 40 per cent shooting to go along with 7.0 assists and 3.9 rebounds.

This is his fourth season with the Raps after joining them as an undrafted free agent out of Wichita State.