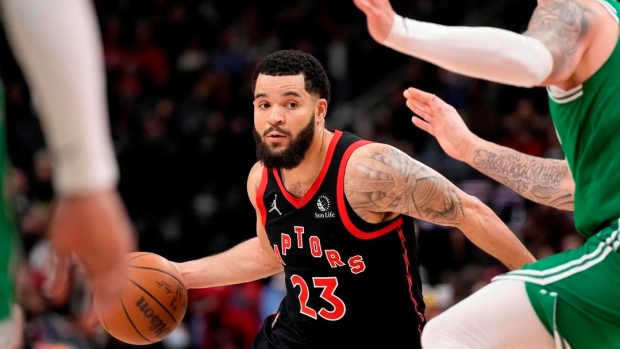 The award recognizes a current NBA player for working toward equity on behalf of "groups who have been historically marginalized or systemically disadvantaged."

VanVleet, an all-star for the first time this past season, created a full academic scholarship awarded to a Black or Indigenous student with the University of Toronto's Rotman Commerce program in December.

The scholarship includes mentorship from VanVleet.

VanVleet has selected Penny Appeal Canada, a relief and development organization, as the recipient of his donation.

The award winner will be announced during the Western Conference final.

This report by The Canadian Press was first published May 16, 2022.