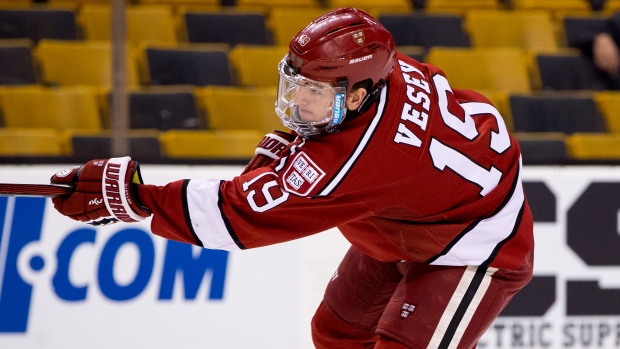 After nearly $450 million was doled out on Friday during the Free Agent Frenzy, a swath of next-tier players will now scrap for leftover dollars as the summer moves on.

Jason Demers struck early on Saturday, inking a five-year, $22.5 million deal with the Florida Panthers. He headlined a list of bonafide NHL defenceman who went unsigned on Friday, including Kris Russell, Luke Schenn and Justin Schultz.

They’re all just hoping the wait won’t be long now. Last summer, Cody Franson was ranked inside the Top 10 of TSN’s free agent list, but remained unsigned all the way until Sept. 10.

It might be nearly that long to reach a resolution to the Jimmy Vesey Watch. The rights to the highly-touted Harvard graduate Vesey, who has been promised a top six forward role from two different NHL franchises so far, are property of the Buffalo Sabres until Aug. 15, when Vesey would be eligible to sign with any team. Buffalo plans to make their pitch to Vesey this week and Vesey’s camp reportedly said he is “open to anything.”

Here is a list of free agents available on Day 2 and beyond: