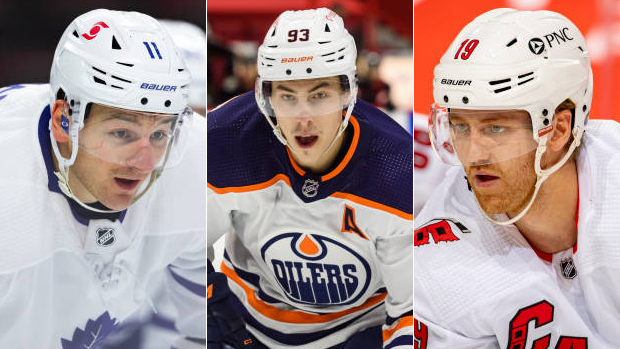 This isn’t Canada’s favourite game show, but we have a Quiz question ahead of Free Agent Frenzy: Who is the only NHL defenceman to hit double digits in goals in each of the last seven seasons?

The correct answer: is D for Dougie, a model of consistency who is also the only blueliner to ring up at least 39 points in each of the last seven seasons - including 40 in 2019-20 despite playing in just 47 games because of a leg injury.

Hamilton logged the NHL’s second-longest points streak this season at 14 games, sandwiched between Nathan MacKinnon (15) and Auston Matthews (13) – the sixth-longest streak by a defenceman in the last four decades.

Teach Me How To Dougie, indeed.

The Carolina Hurricanes know that tune, but they haven’t exactly been in rhythm with Hamilton’s camp over the past number of months on a contract extension, which is why the soon-to-be 28-year-old has emerged as the No. 1 free agent available ahead of the Frenzy.

Hurricanes GM Don Waddell told the DFO Rundown Podcast in late March that the two sides agreed to put off talks until after the season. Sources on both sides indicate there is a significant gap between what Carolina appear willing to pay and what Hamilton’s camp believes is market value.

To that end, it makes little sense for the Hurricanes to even re-sign Hamilton at the moment, with July’s Expansion Draft looming. Protecting the pending free agent Hamilton would mean the Hurricanes would also have to expose defenceman Jake Bean.

The Expansion Draft is just one complicating factor, ahead of a third consecutive off-season with the same $81.5 million salary cap due to COVID-19, that makes 2021 one of the largest and most intriguing free agent classes ever.

For the first time ever, TSN Hockey’s Top 30 Free Agents includes a coach in Rick Tocchet. The Arizona Coyotes and Tocchet announced their decision to part ways this week and Tocchet is expected to receive interest from multiple teams, including some that may opt for a coaching change specifically because the three-time Stanley Cup winner (once as Penguins player, twice as Penguins assistant coach) is up for grabs. Tocchet, 57, did more this season with less than almost any other coach in the league in Arizona.

It also includes an intriguing Group VI free agent in Arizona's Michael Bunting, who some teams think may be this season's Carter Verhaeghe or Jonathan Marchessault.

Two names that did not make the initial Top 30: Alex Ovechkin and Gabriel Landeskog.

To date, there is no indication that either captain will be leaving their adopted hometowns. Neither extension appears to be imminent. Talks have been cordial between Ovechkin (who is negotiating the deal himself) and the Caps; Both Landeskog and Ovechkin would have impact their team's expansion protection lists if they were re-signed before July 21.

It also does not include Anaheim Ducks captain Ryan Getzlaf. The Ducks have said they are open to Getzlaf returning, but it remains to be seen whether the veteran centre will get the itch to leave his Orange County roots to chase a Stanley Cup.

This may be a crowded class, but there is plenty of room for movement with the Stanley Cup playoffs on tap. With continued hot play, Taylor Hall could well jump former teammate Ryan Nugent-Hopkins to become the most sought-after forward.

Hall is one of the few rentals from the trade deadline who has made noise, with Kyle Palmieri and David Savard not enjoying immediate success despite their new teams paying significantly higher acquisition costs.

It’s the playoffs where paycheques are earned.