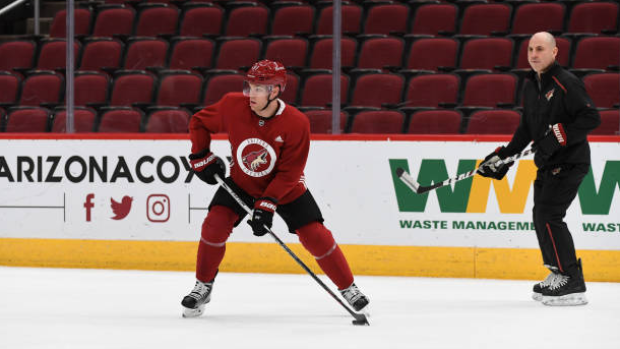 The fear of the unknown has pervaded daily life in 2020, and the hockey world is feeling that, too, as the NHL wades into its first off-season in the COVID-19 era with a Free Agent Frenzy unlike any other.

Talk to NHL general managers, agents and even free agents themselves and the truth is that no one knows exactly what to expect. There are more questions than answers, without even a definitive date for the start of next season.

Last year, when Free Agent Frenzy was on Canada Day rather than Thanksgiving weekend, more than $708 million was doled out to 126 players on the first day alone.

Make no mistake: Money will be spent. Trades will be made. Players will be moving.

It just won’t be exactly like it was before. Teams are expected to be cautious in this brave, new world. The NHL’s salary cap is frozen at $81.5 million for the upcoming season and 2021-22. Damaging contracts are more difficult to move than ever.

It’s possible, if not likely, that Alex Pietrangelo, the premier Stanley Cup winning defenceman who is the No. 1 ranked player in this free agent class, is the only player whose paycheque will be unfazed by the pandemic. He also may not sign on Friday, instead choosing to make a more informed decision with site visits possible in the coming days. He is in no rush.

Former Hart Trophy winner Taylor Hall may have to consider a short-term deal if the dollars don’t meet his expectations elsewhere. That would have been unimaginable one year ago. The same goes for defencemen Tyson Barrie and Kevin Shattenkirk, the dueling power-play quarterbacks who round out the Top 10.

The players at the very top of the food chain and the bottom – serviceable players ready to sign for little more than the league minimum and in the $1 million range – will be the most in demand. It’s the players in the comfortable middle class, making more than $3 million and less than $6 million, who could well be squeezed.

Some free agents may be forced to wait days or weeks to find their new home, while others may struggle to stay in the league at all. Some teams, like Columbus and Nashville, have been successful in moving money. Other teams, like Vegas and Tampa Bay, are still trying with the players on TSN's Trade Bait board​.

Take this week’s action as proof. The free agent market was flooded by players who did not receive minimum qualifying offers, a list headlined by Ottawa’s Anthony Duclair, Vancouver’s Troy Stecher and Edmonton’s Andreas Athanasiou.

Then there are free agents who were bought out and paid to go away, their old contracts too rich for a frozen cap world, including Henrik Lundqvist, Bobby Ryan, Kyle Turris, Alex Wennberg and Karl Alzner.

The game of goaltending musical chairs has teams scrambling to secure starters, with Calgary, Edmonton and Vancouver all on the hunt after Ottawa became one of the first to lock down their position by acquiring two-time Cup winner Matt Murray from Pittsburgh on Wednesday.

There was a palpable buzz throughout the NHL on Friday morning. But it’s a buzz of nervous energy. A league that has entered Free Agency with so many deals predetermined in prior years is about to engage in a public chess match on live television.