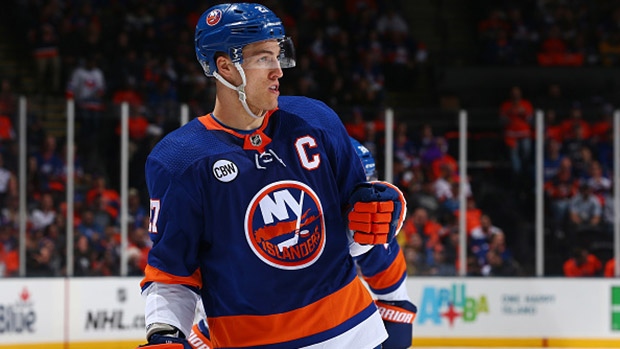 While the two sides remain in communication, with Lee’s stated interest in returning to Long Island, as each day passes the likelihood increases that Lee will be on the move.

Lee, of course, is no John Tavares. But the Islanders are definitely in danger of watching their captain walk in free agency for the second summer in a row.

The Edina, Minn., native Lee has been linked to his hometown Minnesota Wild, the Chicago Blackhawks, and the Colorado Avalanche so far.

For months, the hang-up has seemingly been in the difference between what the Islanders are willing to pay versus what the changing market will likely bear for Lee. The market has shifted in the last 12 months and Lee stands to earn more than what the Islanders envisioned.

In fact, the math would say Lee’s closest comparable in the “new” market is Mark Stone.

Lee and Stone are both wingers. No one would compare Lee and Stone in terms of their complete, 200-foot game - Lee wasn’t a Selke Trophy finalist like Stone - but still, the statistical comparison is there.

Two seasons ago, each collected 62-point seasons and Lee hit 40 goals. Stone had the better season this year split between Ottawa and Vegas; his deal was signed on March 8 after the trade deadline.

Again, to stress the point, Lee and Stone are not equal players. No one is making that stretch. But Lee is the better goal scorer - and goals are paid at a premium.

To make them comparable, the players don’t have to be equals, but they are at least operating in the same stratosphere.

So, if Stone signed an 8-year deal at $9.5 million for $76 million with a complete no-move clause, what exactly is Lee worth?

Captain America is going to make a pile of money somewhere on Canada Day. He may well end up with the fourth-largest total contract in free agency this summer.

That’s why Lee is up to No. 4 on TSN Hockey’s latest Free Agent Frenzy Top 50 rankings: