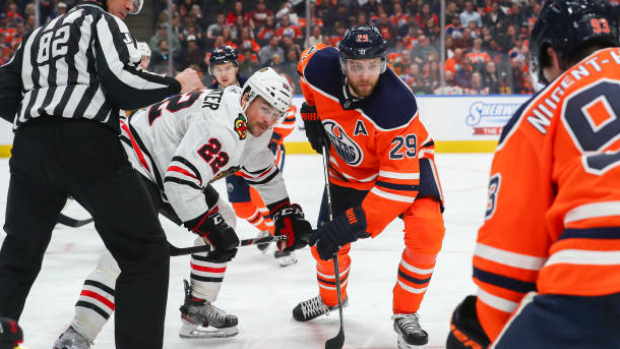 With the Return to Play plan and CBA extension officially ratified, here are some lingering questions to ponder in the return of the Friday Five:

1. Will playoff records be broken?

The NHL’s memorandum of understanding revealed that qualifying round statistics will be included in playoff statistics for 2019-20.

There was no easy answer. Even though they are technically not playoff games, the individual stats had to count somewhere – and the regular season didn’t make a whole lot of sense, considering seven teams aren’t participating and not all 24 teams are playing the same number of games with the format. That left the option to count them as a separate career stat line, have the round vanish from record, or roll them into the playoff stats.

If the playoffs can indeed be completed, the qualifying round adds a minimum of three to five games onto the usual maximum of 28. Wayne Gretzky’s record 47 points in one playoff run is probably safe, but those extra games might be enough to threaten other records.

Hall of Famer Newsy Lalonde’s record of 17 goals in 10 playoff games with Montreal in 1918-19 – coincidentally the same year that the Stanley Cup was not awarded due to the Spanish Flu pandemic – stood for 57 years until Philadelphia’s Reggie Leach scored 19 in 16 games in 1975-76. That record, matched by Jari Kurri in 1984-85, has stood for 44 years.

Sidney Crosby (2008-09) and Alex Ovechkin (2017-18) have gotten the closest in the salary cap era, with each netting 15 goals in 24 games on their way to the Cup, but more games equals more opportunities for greatness.

2. What happens to player salaries if the 2020-21 season is shortened?

NHL commissioner Gary Bettman has said the league intends to play a full 82-game season in 2020-21, and the MOU has pegged a tentative start date of Dec. 1.

That is tentative because a lot will depend on how quickly – or in what capacity, if at all – fans can fill arenas. Some NHL owners and team presidents have privately stated that they would rather play a shortened season with some fans or full buildings rather than starting a full season without.

There is a paragraph in the MOU that might put some player salary in jeopardy in that case. Though it is likely not their intention to use it, the NHL has seemingly preserved the ability to invoke Paragraph 17 in player contracts in the case of COVID-19. Paragraph 17 states that “if any condition arising from a state of war or other cause beyond League control” that the NHL has the power to cease or reduce operations, which would give them the ability to pro-rate or cancel salaries altogether. The MOU language only restricts a team from individually invoking Paragraph 17, so the NHLPA did reserve the right to challenge the applicability of Paragraph 17 as it relates to COVID-19.

But that means a worst-case scenario is still on the table for NHL players. If the league shortens to a hypothetical 48-game season, then players could receive just 70 per cent of their share of 48 games’ worth of pay, which is the pro-rated amount minus 20 per cent for escrow withholding and a 10 per cent deferral. That is all language the NHLPA and BOG are voting on today.​

3. What social message will the NHL deliver on its restart?

If you watched the MLS’ return to play this week, you saw an incredibly powerful image of unity on the field. Some players took a knee together at midfield and others held their fists in the air in solidarity, while the slogan of “MLS is Back” was changed to “MLS is Black.”

It makes you wonder how the typically conservative NHL – which saw just one player, Tampa Bay’s J.T. Brown, raise a fist on the bench during the national anthem in 2017 – will handle social messaging when the puck drops.

Plans are still being developed by the NHL’s events and social responsibility teams, and will need to be made in conjunction with the NHL Players’ Association, but the league does plan to engage players in a similar fashion. The league’s hope is that all players will amplify the meaning of the night on opening night next month.

4. How many players will opt-out of the 24-team tournament?

Sources indicate multiple NHL players are indeed considering opting-out of participation. The MOU allows any player to decline participation for any reason, without penalty.

The window to opt-out begins when the new CBA is ratified by vote and the deadline is 5 p.m. ET on the third day following, so likely Monday, July 13 – the same day players are scheduled to report for training camp.

Some players with underlying medical conditions may not have to make the choice. After consultation with team doctors and infectious disease experts, if a player is determined to “be at substantial risk of developing a serious illness as a result of exposure to the novel coronavirus” he will be “deemed unfit to play and shall not be permitted to participate” in both training camp and the bubble.

The Canadiens’ Max Domi, the Rangers’ Kaapo Kakko and the Wild's Luke Kunin all have Type 1 diabetes, plus Domi and Kakko also have Celiac disease, which may put them at further risk. There are other players who have family members who may be at substantial risk and will choose not to take the chance.​

5. What will happen to the conditional draft pick from last summer’s Calgary-Edmonton swap of James Neal and Milan Lucic?

You remember the trade. Neal straight up for Lucic. The Oilers agreed to retain 12.5 per cent of Lucic’s contract and would also send Calgary a conditional 2020 third-round pick, but only if Neal scored 21 goals and Lucic scored 10 or fewer goals than Neal.

As fate would have it, pause was pressed on the season just as it appeared the condition might be met. Neal had 19 goals in 55 games, missing 16 due to injury. Lucic had eight goals in 68 games, 11 fewer than Neal.

There is all sorts of language in the MOU about how to pro-rate stats as they relate to bonuses being paid to players, but there is nothing about how to handle conditions on trades.

Deputy commissioner Bill Daly said this week that the NHL intends to develop a process (sounds like arbitration?) where both clubs will make arguments, be heard fairly, and then a decision will be rendered.