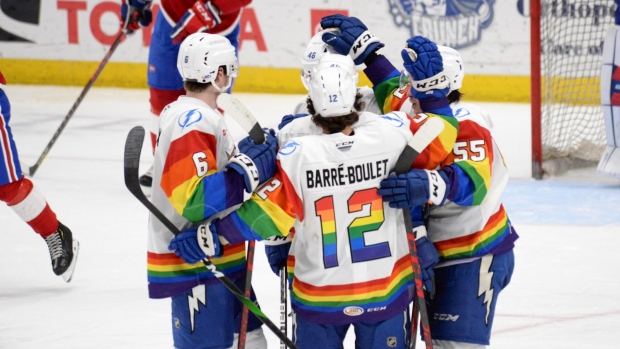 SYRACUSE, N.Y. — Gabriel Dumont and Riley Nash each scored twice as the Syracuse Crunch won their third game in a row with a 5-1 victory over the Laval Rocket Saturday in the American Hockey League.

The two goals Dumont scored were his 28th and 29th of the AHL season. His second came on an empty net at 18:19 of the third period.

Joel Teasdale potted the Rocket's only goal of the game to open scoring at the 3:07 mark of the first period.

This report by The Canadian Press was first published April 23, 2022.