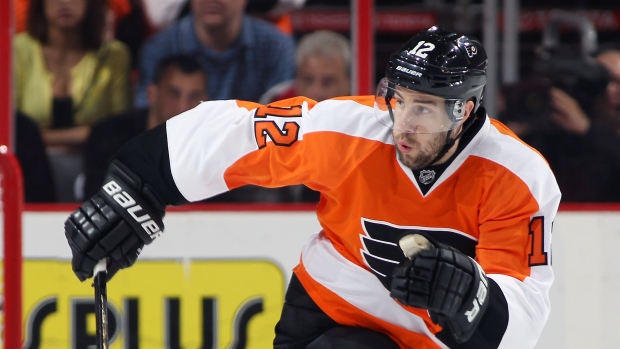 After spending 15 years in the National Hockey League, Simon Gagne announced his retirement on Tuesday.

"Today, I want to thank my trainers and teammates. You inspired me to surpass myself. You made me understand that you need more than talent; it takes sacrifice and discipline and you need to work harder than your rivals," said Gagne. "I also wish to thank my fans. Every evening, you energized me and inspired me to perform.

Gagne was selected by the Philadelpia Flyers in the first round of the 1998 entry draft, 22nd overall. In the next twelve years with the Flyers, he stood out in many exciting playoff series, including the 2010 Stanley Cup finals. He represented Canada in the Salt Lake City Olympics in 2002, earning a gold medal alongside Sakic, Lemieux and many other idols of his youth. He also won a World Cup with Team Canada in 2004 and participated in the Turin Games in 2006.

He was traded to the Tampa Bay Lightning in 2010, then in 2011, signed a two-year contract with the LA Kings with whom he won a Stanley Cup in 2012. After a one-season break, he was invited to the Boston Bruins training camp in August 2014 and earned a one-year contract. He left the team after 23 games to tend to his father who was stricken with cancer.

"Last year, I lost my father: my number 1 fan, my coach, my confidant, my best friend, and my top teammate. The hard knocks of life often teach us to stop, think and look back at the road traveled, so that we can make the right decisions going forward. Today, I am hanging up my skates, calmly and with peace of mind, knowing that it is the right time and the right decision."