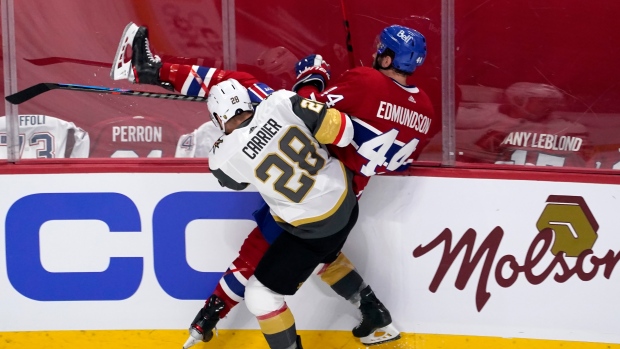 For the second straight game, the Montreal Canadiens and Vegas Golden Knights are headed to overtime.

After Paul Byron opened the scoring at 18:55 of the second period, Brayden McNabb responded in the third period to make it a 1-1 game.

The shots are 28-18 in favour of Montreal. There were no penalties called in the third.

The Canadiens lead the best-of-seven series 2-1.