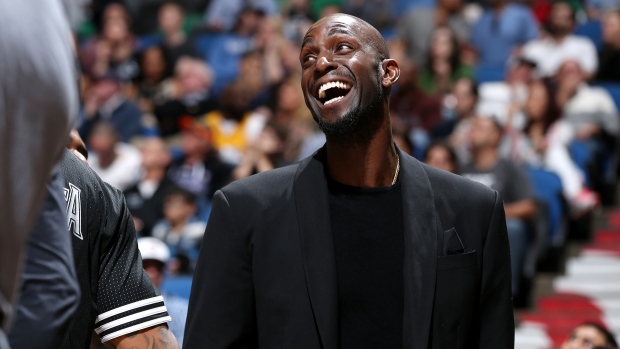 MINNEAPOLIS — It didn't take long for Kevin Garnett to find work after retirement.

The 15-time All-Star has a multiyear agreement with Turner Sports to join the network's wildly popular NBA coverage team. Turner says Garnett will serve as a contributor to the coverage, appearing weekly throughout the season from a stand-alone set to provide insight and commentary on the league.

Garnett retired this month after 21 seasons in the league. More than 13 were spent in Minnesota. He also won a championship with the Boston Celtics.

Though he didn't grant as many interviews later in his career, Garnett was well known throughout the league for his intelligence, candour and insight when he did make himself available to the media. That should make him a perfect fit working alongside Charles Barkley, Kenny Smith and Shaquille O'Neal at TNT.