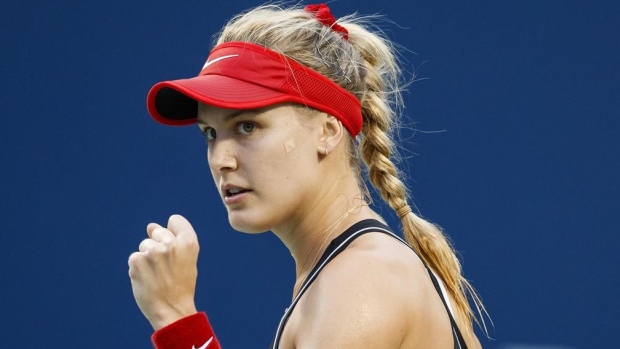 Canadian Genie Bouchard received a wild-card entry into the 2020 French Open and will begin action at Roland-Garros against Anna Kalinskaya on Sunday at approximately 11:30 a.m. ET/8:30 a.m. PT on TSN4 and TSN Direct.

Bouchard’s best finish at the French Open happened in 2014 when she reached the semifinals of the tournament.

The 26-year-old improved 105 places in the world rankings after earning a runner-up finish at the Istanbul Tennis Championship as a qualifier in her last outing. She is now ranked No. 168.

Bouchard is the only Canadian scheduled to play on the first day of the tournament.

Fresh off her victory at the Western & Southern tournament and runner-up finish at the US Open, No. 10 Victoria Azarenka will face Danka Kovinic on Sunday in an opening-round match that will air on TSN4.

Azarenka is a two-time Grand Slam champion and has advanced as far as the semifinals at the French Open. She has a 22-12 career record at Roland-Garros.

Sunday will also see a battle of three-time Grand Slam champions as No. 16 Stan Wawrinka opens the 2020 tournament against Andy Murray on TSN1.

The pair contested a four-and-a-half-hour, five-set match at the 2017 French Open that was eventually won by Wawrinka. He would go on to be defeated by Rafael Nadal in the final.

Murray holds a 12-8 advantage in the head-to-head battle of the two veterans, including a victory in a 2016 semifinal match. Murray dropped that final to Novak Djokovic.

Venus Williams and Simona Halep are both also scheduled to begin French Open play on Sunday.

TSN’s full broadcast schedule for Day 1 of the 2020 French Open can be found here.