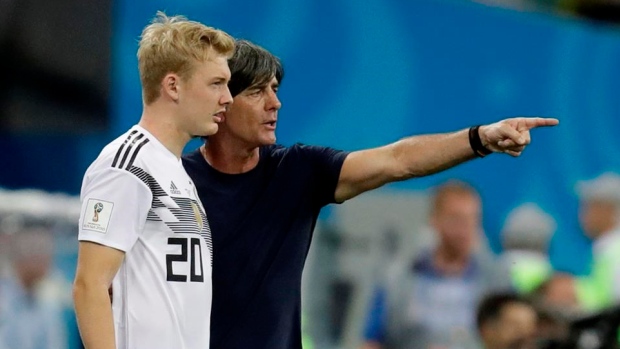 The numbers are suddenly looking better for Canada.

The Canadian men rose three places to No. 75 in the latest FIFA world rankings, surpassing CONCACAF rival Panama (No. 77) in the process. Now seventh in the region, Canada is looking to surpass No. 72 El Salvador for sixth spot.

John Herdman's team needs to crack the top six in CONCACAF, which covers North and Central America and the Caribbean, in order to take the most direct path in 2022 World Cup qualifying.

The top six in the rankings after the FIFA window of June 2020 will automatically qualify for CONCACAF's so-called Hex qualifying round. The top three after the round-robin Hex qualify for Qatar.

CONCACAF countries ranked No. 7 through 35 will slog it out through a more protracted qualifying round with the last team standing playing the fourth-place team in the Hex to determine who advances to a FIFA intercontinental playoff with a World Cup berth on the line.

Canada can pick up more valuable ranking points if it can get a result against the U.S., which moved up one place to No. 21, in CONCACAF Nations League play in October and November.

FIFA calculates its rankings match-by-match using an algorithm that takes into account the relative strength of the two teams and the importance of the game, among other factors.

For example, a win over the U.S. next month will be worth 18 ranking points for Canada with a draw worth five points. A loss would be minus-seven points.

Compare that to El Salvador which faces a lesser prize for success in upcoming games against No. 187 Montserrat (four points for a win) and No. 174 Saint Lucia (five points).

And El Salvador would drop significant points if it lost to Montserrat (minus-21 points) and Saint Lucia (minus-20).

"We did the math straight after the (1-0) game so we were able to show the players the impact of the first round of Nations League and (were) able to show them that we took care of business in what can be a tricky CONCACAF landscape," Herdman said Thursday.

"Which obviously El Salvador and Panama found out in that period. It can be tough."

Canada also has to keep an eye over its shoulder. Curacao, ranked No. 76, is just two points behind and can pick up five points for a win over Panama and 15 for a victory over Costa Rica.

Panama, six points behind Canada, could make up the gap with an upset win over Mexico worth 19 points.

The latest rankings are good news for Canada, although the job is not yet done.

The best-case scenario for Canada is to win its Nations League group, which would send it to the tournament's final four.

"If we're in that position, we have a great chance of accumulating points that El Salvador just cannot get near," said Herdman. "And I think that's the exciting thing for Canada.

"One win against the U.S., yes it would put us in a really favourable position in CONCACAF rankings but would also help us in achieving the next task — which is to be part of the final four in June."

Herdman had initially thought that his team would have to have to win Nations League Group A and then register at least one win in the final four to crack the top six rankings.

But recent stumbles by El Salvador and Panama have widened the path.

"I'm in a better frame of mind than I was when I first found out about this pathway," Herdman said cheerfully. "Those results were a surprise but having been in these (CONCACAF) countries, they're not really a surprise."