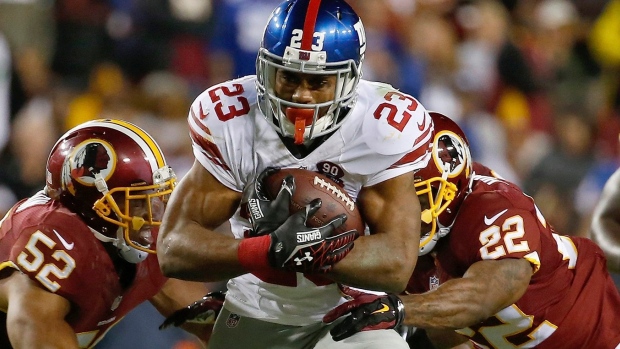 Eli Manning and the New York Giants came under a lot of heat for how they handled the end of their Sunday Night loss to the Dallas Cowboys, allowing enough time for the Cowboys to score late for the win. That was only intensified when Giants’ running back Rashad Jennings told reporters Manning told him not to score late in the game on two run plays, with the Giants opting instead to run out clock.

Jennings apologized for his comments in a guest column for the New York Post Wednesday.

"I hope that those who have come to know me over the years will readily see that this is something that is uncharacteristic of me," Jennings wrote. "I take full ownership of the fact that I didn't handle things as I should have. And for that, again, I truly apologize to my quarterback, to my coach, to my team, and to our fans."

Manning admitted on Monday that Jennings’ comments were true.