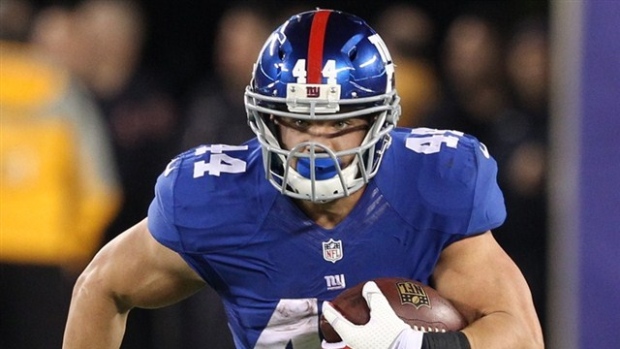 EAST RUTHERFORD, N.J. - The New York Giants have placed running back Peyton Hillis on injured reserve with a concussion.

The Giants announced the move on Saturday, signing linebacker Justin Anderson off their practice squad.

It was the second straight season Hillis has been sidelined by a concussion. He was hurt in a loss to Seattle on Sunday.

The Giants, who will play the San Francisco 49ers on Sunday, signed running back Orleans Darkwa earlier this week. Leading rusher Rashad Jennings is expected back in the lineup after missing four games with a knee injury.