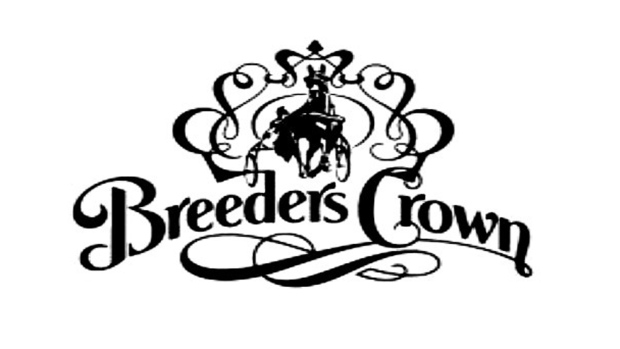 CAMPBELLVILLE, Ont. — Bold Eagle lived up to the hype on a wet and windy Saturday night at the $7.84-million Breeders Crown.

The heralded French-bred looked every bit a world champion in capturing a two-length win in the $655,000 Open Trot at Woodbine Mohawk Park. American driver Brian Sears drove the 9/5 favourite to victory in his first race outside of Europe in 1:52.0 on a track rated good due to rain.

The eight-year-old earned his first Breeders Crown title and the 46th win of his illustrious career. That includes the prestigious Prix d'Amerique twice (2016-17) with overall earnings surpassing $5.3 million.

Sears took Bold Eagle to the lead at the half-mile mark but had some reservations about it.

"He made a strong move down the backside, which I thought might take something out of him because he did get used very hard," Sears said. "But he showed his class and dug in down by the wire to hold on."

Six Pack, at 9/2 odds, was second ahead of filly Atlanta, the 2018 Hambletonian champion, in the 11-horse field.

Dancin Lou, with Australian Andrew McCarthy driving, came from third to overtake 3/5 favourite Bettors Wish and capture the $786,000 Three-Year-Old Colt Pace. McCarthy had 5/1 pick Dancin Lou fourth for much of the race before catching fire in deep stretch to finish in 1:50.2.

However, McCarthy wasn't sure his horse had won.

"I thought I did," he said. "I had the momentum on the outside, I was hoping I did.

"I had a little trouble in the last turn getting his momentum going but once I got him rolling there . . . what a tough horse. He just digs and digs and digs."

McCarthy captured his second win of the night and fourth of the Breeders Crown. Not bad considering he had no Crown victories coming in.

"I was very confident coming into this weekend," he said. "I've got to say I didn't expect four but I was definitely hoping for a couple.

Gingras and Ontario-bred Warrawee UBeaut made it look easy in the $720,500 Three-Year-Old Fillies Pace. Gingras guided the 1/5 favourite to a second straight Breeders Crown title and 12th win in 17 starts this year in 1:50.2 on a fast track.

Gingras took Warrawee UBeaut to the lead at about the half-mile mark. Tall Drink Hanover, a 7/1 pick driven by McCarthy, appeared poised to threaten down the stretch but Gingras easily kept them at bay as 46/1 longshot Stonebridge Soul finished third.

"We were talking before the race, Ron (trainer Ron Burke) and I and the only move we didn't want to make was to move up against the wind on the backstretch," Gingras said. "Strategy-wise, maybe it didn't work out the way we wanted but she was getting a little anxious in the first turn so I figured instead of fighting with her I just let her go.

"I thought she was much the best and it was our race to lose. But she is so, so tough and so sharp right now it's unreal."

It was Gingras' second win of this Breeders Crown, securing the victory Friday night with Tall Dark Stranger in the $786,000 Two-Year-Old Colt Pace.

Eight races for three-year-olds and up were run Saturday night. The four two-year-old events — the fillies and colt trot and pace competitions — were all held Friday night.

"There's really no words to explain my excitement," Bongiorno said. "This is such a fantastic horse.

Dorsoduro Hanover, driven by Matthew Kakaley, was second ahead of Always A Prince. McWicked, the 6/5 favourite driven by Sears, was fourth.

Elsewhere in other action:

— McCarthy drove 5/2 second choice Caviart Ally to the upset win in the $393,000 Open Mare Pace. Caviart Ally overtook 2/5 favourite Shartin N in deep stretch to secure a 24th career victory in 1:49.3. Shartin N was second ahead of 10/1 pick Kissin In The Sand.

— Manchego, the decided 1/2 favourite driven by New Zealand's Dexter Dunn, earned an emphatic seventh-length victory in the $425,750 Open Mare Trot. Manchego posted a stakes-record time of 1:51 for a seventh win in 15 starts this year. Emoticon Hanover, a 27/1 longshot, was second ahead of 3/1 pick Plunge Blue Chip.

— Gimpanzee, a 5/1 selection driven by American Dave Miller, claimed the $655,000 Three-Year-Old Colt Trot for a second straight Crown title in 1:52.3 in heavy rain. Greenshoe, the 1/2 favourite driven by Sears, rallied to take second ahead of Soul Strong, a 33/1 longshot driven by Dunn.