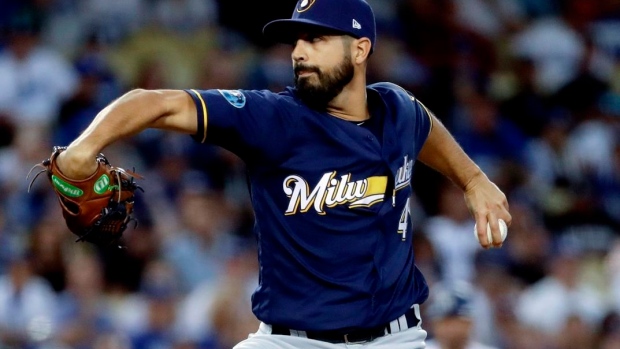 The 34-year-old left-hander finally will get a chance to pitch for the team that took him with the No. 38 overall pick in the 2004 amateur draft. Chicago dealt González to Philadelphia following the 2005 season as part of the trade that sent Aaron Rowand to the Phillies for Jim Thome, then reacquired González a year later along with Gavin Floyd for Freddy García. The White Sox traded González to Oakland for Nick Swisher in January 2008.

“We view Gio as an important addition to our pitching staff,” general manager Rick Hahn said in a statement. “He brings an impressive resume to our club as a veteran left-hander who has enjoyed success and should have a positive impact on our younger pitchers in terms of competing, battling and helping us win games at the major league level.”

Chicago went 72-89 in its seventh straight losing season and missed the playoffs for the 13th time in 14 years since its 2005 World Series title. But with young players establishing themselves in the majors and promising prospects in the minors, the White Sox expect to contend for a post-season spot.

Right-hander Lucas Giolito went from the highest ERA among qualifiers in 2018 to his first All-Star season, going 14-9 with a 3.41 ERA in 29 starts.

The White Sox could have a solid rotation if Michael Kopech bounces back from Tommy John surgery and Dylan Cease progresses. Both are 23.