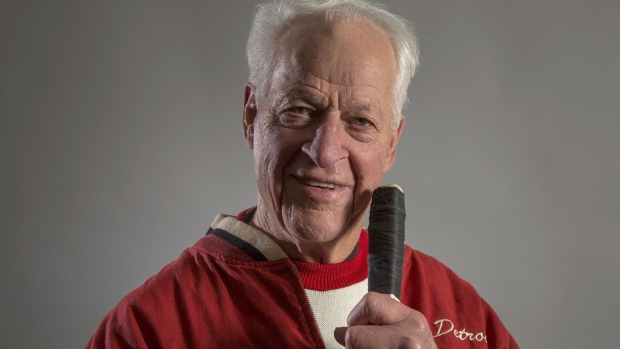 Hockey legend Gordie Howe has partial paralysis and is having trouble speaking after suffering a stroke on Sunday.

The 86-year-old Howe was admitted to hospital but is now resting at his daughter's home in Texas. He is able to recognize family members and is aware of his surroundings.

"Basically, sometime in the early morning on Sunday he suffered a pretty bad stroke," Howe's son, Dr. Murray Howe told the Detroit News. "The right side of his body is very, very weak. He's unable to stand without help. He's able to speak, but very, very difficult to speak.

"He knows who he is. He knows the people around him. But it is very difficult for him to get up and walk around. So he is pretty much confined to his bed right now. So we're just trying to keep him comfortable, and that's our goal," added Howe, who heads the department of radiology at Toledo Hospital.

After being inducted into the Hockey Hall of Fame in 1972, he came out of retirement in 1973 and later played for the Hartford Whalers in 1979-80, thus becoming the first Hall of Famer to play in the NHL.

"Wishing my friend Gordie Howe all the best, you're in all of our thoughts and prayers," Prime Minister Stephen Harper tweeted from his verified account on Tuesday.