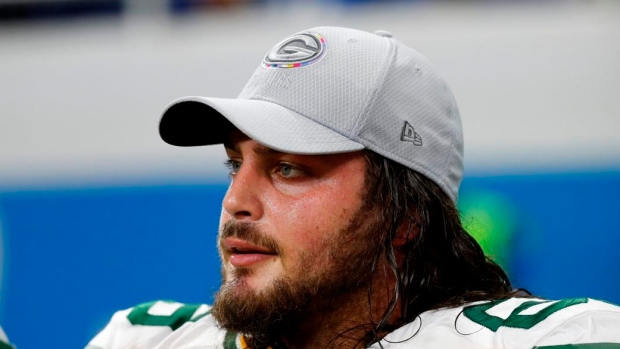 General manager Brian Gutekunst says the team is hopeful that tackle David Bakhtiari and guard Elgton Jenkins will be available in the early part of the season.

“They are both doing really, really well. I think they both have a shot to play early in the season,” Gutekunst told USA Today's Zach Kruse on Wednesday. “They are progressing very well.”

Both men started training camp on the PUP list and beginning the season on PUP remains a possibility, but Gutekunst hopes to see them out there sooner than later and nothing is "imminent" in regards to adding a veteran tackle through free agency or a trade.

“Certainly, getting those two All-Pros back changes things a little bit, and I’m confident those guys will get there," Gutekunst said.

A two-time All-Pro, the 30-year-old Bakhtiari has been dealing with the recovery from an ACL tear late in 2020. He appeared in only a single game last season, the Week 18 game against the Detroit Lions, in which he only played the first half and was then unavailable for the playoffs.

A Pro Bowler in 2020, Jenkins incurred a torn ACL in Week 11 last season against the Minnesota Vikings.

The Packers, looking for a ninth NFC North title in 12 seasons, open up their 2022 campaign on Sept. 11 with a visit to the Vikings.