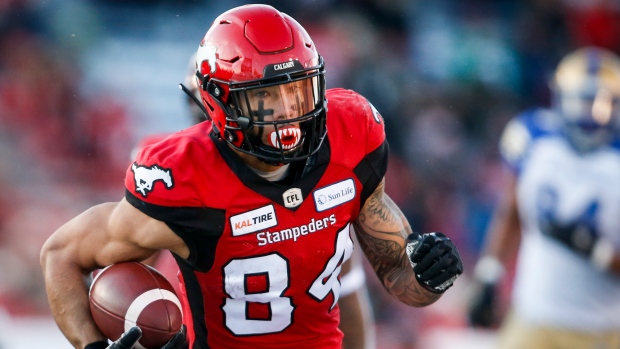 Reggie Begelton is sticking around in Green Bay.

The Packers signed former Calgary Stampeders wide receiver to a futures contract on Tuesday after he spent the majority of the 2020 season on their practice squad.

Begelton, 27, appeared in one game with the Packers this season, but did not record a catch in the team's Week 4 win over the Atlanta Falcons.

Begelton was named a CFL All-Star in 2019 after recording 1,444 receiving yards with 10 touchdowns over 17 games. The American spent the previous three seasons in Calgary.