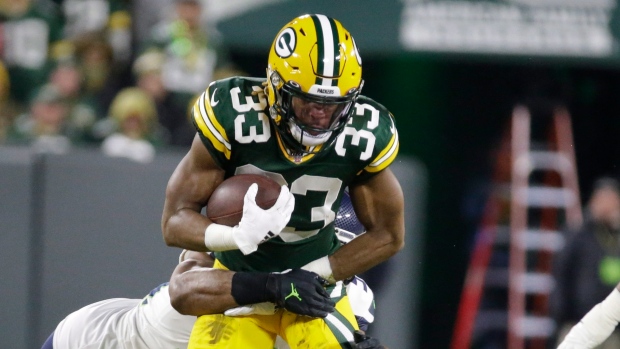 Green Bay Packers running back Aaron Jones will miss Sunday's game against the Houston Texans because of a calf injury.

Jones sustained the injury Friday in practice but did make the trip to Houston hoping to play. He was originally listed as a game-time decision.

The 25-year-old has 389 yards and five touchdowns in five games this season on the ground. He also has 18 catches for 161 yards and two touchdowns receiving.

Following their tilt with Houston, Green Bay will be back in action against the Minnesota Vikings at Lambeau Field in Week 8.