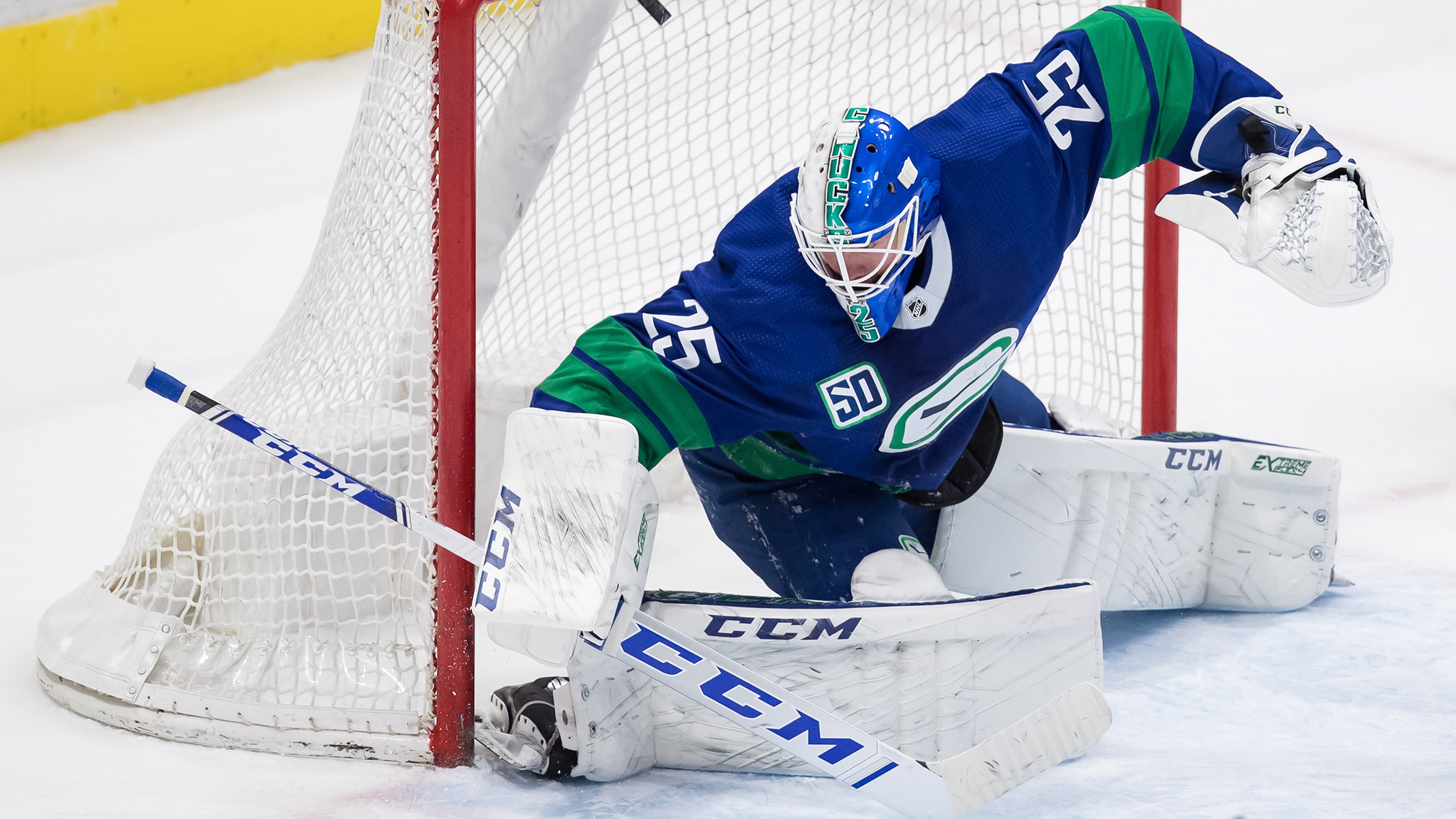 Are the Canucks cursed? 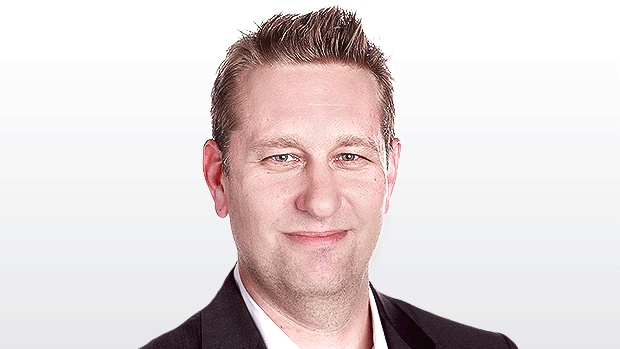 VANCOUVER – In a rare outburst, Travis Green has finally put his stamp on the Vancouver Canucks.

The third-year coach, who prides himself on maintaining poise on the bench and before the cameras, lost it on both fronts last night in Boston. Animated on the bench after a late hit on star Elias Pettersson by Bruins defenceman Matt Grzelcyk, Green did not hold back after a 4-0 loss at the TD Garden.

“I’m so frustrated with it. This guy is one of the best young players in the league. He gets hit and he’s totally defenceless … it’s two seconds after he lets go of the puck. I’ve watched it a couple times,” Green told reporters. “He feels like there’s no way he’s going to get hit like that. He’s in a vulnerable position. Those are hits that the league is trying to get out of the game, especially against top young guys, top players in the league, and I think that Petey’s shown he’s one of those guys.

“And it’s frustrating for me as a coach to see some of the abuse he takes, where (it) doesn’t get called and he works through this. He gets frustrated and they keep, I know he’s not the biggest guy, but that doesn’t mean you can take advantage of a player that’s not ready to be hit. It’s very late. That should have been a penalty all day long.”

Was Green trying to take the heat off his players after a six-game point streak came to an end with a listless loss? Sure.

Was he lobbying for the next call on Pettersson as the games get more urgent down the stretch? Of course.

And there may well have been some subliminal messages in there for Pettersson to not go down so easily, and for captain Bo Horvat to be more of an on-ice lobbyist in the Jonathan Toews-mold. They’ll need both in the postseason.

But mostly, this was about power structures. Both within, and outside of, the Canucks organization.

For starters, Canucks fans have long felt ignored as an NHL outpost in Gary Bettman’s New York-centric league. Forever given the short end of the stick be it with respect or justice.

That is particularly true when the team is in Boston and all the old frustrations of the 2011 Stanley Cup final percolate to the surface. It exacerbated this summer when Roberto Luongo retired and his back-diving contract produced a cap recapture penalty for the Canucks.

Canucks ownership and management may well have raise hell behind the scenes, but publicly they meekly accepted the $3 million cap hit in each of the next three seasons as good league soldiers.

Meanwhile, Canucks fans wondered where the contract forgiveness was for their team given how New Jersey had penalties rescinded on Ilya Kovalchuk’s contract (not coincidentally after some wealthy NBA owners stepped up and bought the woebegone franchise), and how Chris Pronger’s contract went into the ether of the Arizona Coyotes payroll, with the former Hart Trophy winner working for the NHL head office.

So Canucks fans were waiting for a team figure to take on the league, knowing full well that goody-two-shoes GM Jim Benning and team captain Horvat weren’t likely to rock any boats.

But beyond that, Canuck Nation is tired of meek, and tired of being held hostage by the grievances – real or perceived – of its tortured past.

This is the club’s 50th anniversary season, and it has never won a Stanley Cup. For that reason, the 1994 and 2011 teams are still lionized for getting to Game 7 of the Cup final.

The ’94 team, with its polar opposite pillars of Trevor Linden and the mercurial Pavel Bure, went on an underdog run that captured the hearts of British Columbians.

Only, there is now trouble for both those icons.

Linden was let go as Vancouver’s president of hockey operations in July 2018 after he and Benning presented competing visions for the team’s future. There are sore feelings between the most beloved figure in the history of the franchise, and owner/chairman Francesco Aquilini, despite the announcement of an “amicable” split.

Linden has not attended any of the 50th anniversary celebrations this year. Not the naming of Horvat as captain on opening night, and not the 1990s era theme night in January.

He is attending the jersey retirement ceremony for former teammates Daniel and Henrik Sedin next week, but he’s made his point. Minus an element relating to people he counts as close friends, he’s done spreading his interpersonal magic at Rogers Arena. Canucks ownership will need a new glad-hander.

Then there’s Bure, a player who held out on the Canucks while under contract, and demanded a trade. His No. 10 was belatedly retired in 2013 amid much debate, but only after the Canucks were scooped by the Hockey Hall of Fame, who inducted him in the player category, beating his jersey retirement to the punch

Some within the organization had trouble with awarding a player who easily met the standard for the franchise’s highest honour on the ice, but fell well short of it off the ice. As one TSN 1040 listener put it this week, from the moment he arrived in Vancouver, he always seemed to have one foot out the door.

Nevertheless, the organization compromised its values to honour Bure. The love and forgiveness have not been repaid.

The Russian Rocket put out a statement this week that he would not be able to attend a “Legends Night” Monday at Rogers Arena, where the Canucks will honour Linden, Markus Naslund and Stan Smyl, the only other players with retired numbers.

The Canucks were “hopeful,” Bure would attend as late as last week, but once again, he disappointed the team and its fans.

And so, through four months and 25 home dates, ticket buyers have yet to see Linden or Bure in the flesh. That will change next week when the Sedin twins take their rightful place in the rafters, but even that comes with some complications.

The 2011 team was unequivocally the best Canucks team ever.

It won the President’s Trophy, led the league in a variety of statistical categories, and Henrik Sedin captured the Hart Trophy as league MVP. Its calling card was a power play that often made teams pay for their indiscretions, under a turn-the-other-cheek philosophy that was the brainchild of then-GM Mike Gillis, and embodied by the Sedin twins.

As uncomfortable as hockey purists were with it, to this day you will hear Canuck fans claim that Brad Marchand  “speed-bagging” Daniel Sedin’s face in the 2011 final, was a reason they lost the series to Boston.

Forget about the lousy goaltending in Beantown, the power play going through a slump at the wrong time, or on-ice officials swallowing their whistles (especially in Boston). If there was a signature indignity to that series, it was not enough “push back” against the Marchand and the Bruins.

Next week, the Sedins make their final grand appearance at Rogers Arena. After that, they’re ambassadors, not the main course.

Put all this together and you can see why Travis Green could have felt that this was his spot to give voice to voiceless, and write a new chapter in Canucks history.

His team is salvaging this golden anniversary season with its play. While Linden and Bure are missing, Pettersson, Horvat and super-rookie Quinn Hughes are not.

Vancouver enters Wednesday night action as the top team in the Pacific Division, hunting its first postseason appearance in a half-decade.

Some fans are upset about Linden. Other about Bure. Still others are yearning to turn the page from the Sedins and turn more nasty than nice, more push back than pushover.

So when his star player took a gratuitous hit, Green stepped to the fore and, not in so many words, declared that a page was turning in Canucks history. That he did in Boston, well, got to give this coach – the first British Columbian to lead the team – his due.