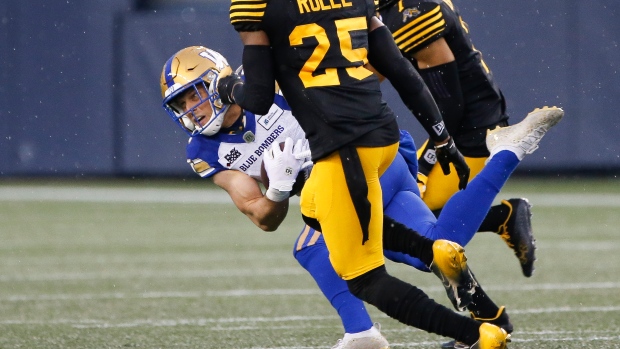 Ellingson, 33, joined the Bombers after spending two seasons with the Edmonton Elks (2019,2021). During that time, Ellingson led the team in receiving in 2019 with 86 catches for 1,170 yards and five touchdowns. He was named a West Division All-Star, with his yardage total placing him fifth in the CFL. In the pandemic-shorted 2021 season, Ellingson played 10 games for the Elks, finishing with 47 receptions for 687 yards and one TD, which ended his streak of five consecutive 1,000-yard

Through six games this season, Ellingson is second on the Bombers in receiving yards (518) behind rookie Dalton Schoen (641).