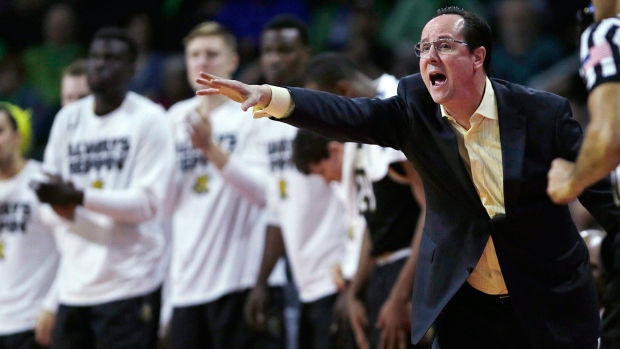 Gregg Marshall has resigned as head coach of the Wichita State Shockers, the club announced on Tuesday.

The move comes in the midst of the school's investigation into the 57-year-old's conduct after a report in The Athletic last month alleged repeated instances of misconduct.

Wichita State announced that Gregg Marshall has resigned. The former National Coach of the Year will receive a $7.75 million buyout.

Marshall will receive a $7.75 million buyout from the school that will be paid out over a six-year period.

“This was a difficult decision, but one I feel was necessary for my family, the university and, most importantly, the student-athletes,” Marshall said in a statement. “I remain grateful for my years spent at Wichita State. I wish to thank the coaches, student-athletes, the university, the community, and all of Shocker Nation for their unending dedication, support and loyalty. I am incredibly proud of this men’s basketball program and all it has achieved over the past 14 years and am confident of its continued success.”

A native of Greenwood, SC, Marshall joined the Shockers in 2007 and transformed the program into a perennial NCAA Tournament team, competing in March Madness on seven occasions since his arrival. The Shockers reached the Final Four in 2013.

“Our student-athletes are our primary concern,” school director of athletics Darron Boatright said in a statement. “While the university acknowledges the success of the basketball program under Coach Marshall, this decision is in the best interest of the university, its student athletes and the WSU community. WSU will continue its pursuit of excellence with the help of its student-athletes, staff and loyal supporters of the basketball program.”

In October, former Shockers player Shaq Morris told The Athletic that he was punched twice in the face by Marshall in front of other players. Marshall also allegedly put his hands on the neck of a staff member and attempted to punch a student who parked in his assigned spot outside of the team facilities.

Assistant coach Isaac Brown will step into the head coach's role on an interim basis.