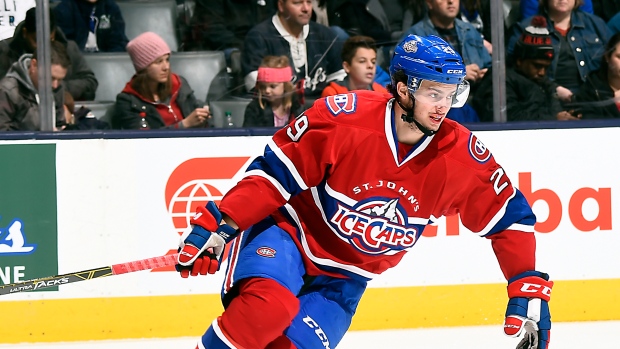 Racine, 23, was selected in the third round of the 2011 draft by the Panthers. The left-hand shot has appeared in one career NHL game, with the Panthers during the 2013-14 season. He scored one goal and added eight assists in 69 games with the AHL's Portland Pirates last season.

The Panthers habe assigned Bozon, 22, to the AHL's Springfield Thunderbirds. He spent parts of the last season with both the AHL's St. John's IceCaps and the Brampton Beast of the ECHL. He scored five goals and owned eight points in 41 AHL games.

Bozon was selected by the Canadiens in the third round of the 2012 draft.