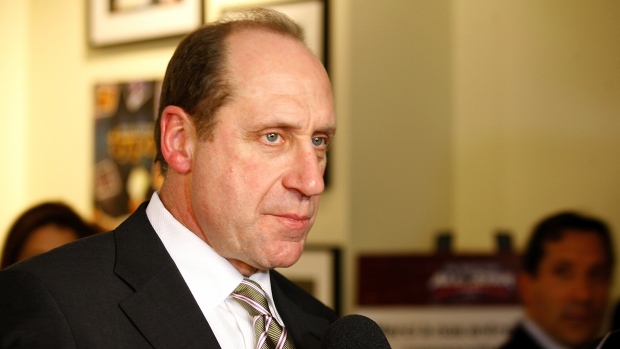 Former Montreal Canadiens general manager Bob Gainey will be used as a coaching consultant for the St. Louis Blues during the season.

In his new capacity, Gainey will talk with current Blues head coach Ken Hitchcock throughout the year.

He also served as an adviser for the Canadiens until 2012.

Prior to that, Gainey spent parts of six seasons as head coach of the Minnesota North Stars/Dallas Stars franchise and captured the Stanley Cup as general manager in 1999.

The 60-year-old spent his entire 16-year Hall-of-Fame playing career with the Canadiens, where he scored 239 goals and 263 assists and won the Stanley Cup five times, including once as team captain.