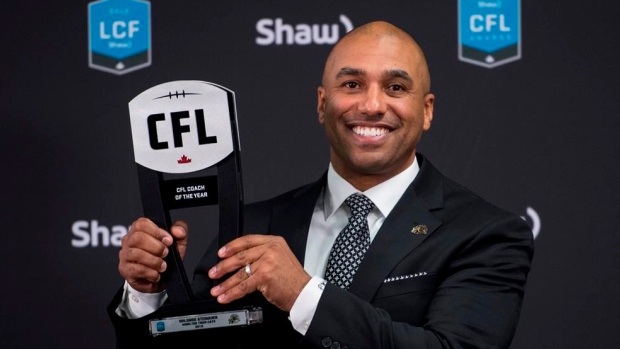 The Hamilton Tiger-Cats have signed head coach Orlondo Steinauer to a contract extension.

Steinauer was CFL coach of the year last season in his first season as head coach after guiding the Ticats to a franchise-best 15-3 record and an appearance in the Grey Cup.

The Seattle native joined the Ticats coaching staff for a second time in 2018 after a year as defensive co-ordinator at Fresno State University.

“Orlondo’s record speaks for itself whenever he’s been a part of our organization,” Ticats chief executive officer Scott Mitchell said in a statement. “Beyond the numbers, he’s just an exceptional person and leader and we are very fortunate to have such a man as the head coach of the Tiger-Cats now and into the future.”