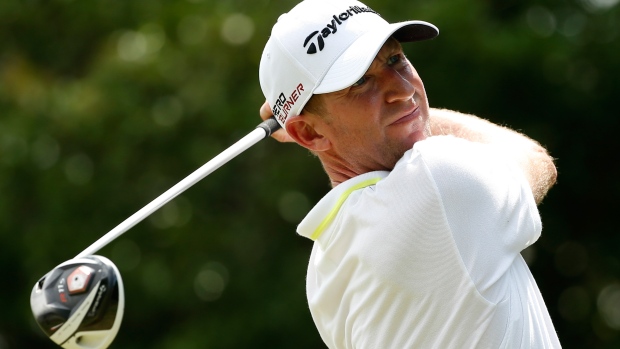 PLAYA DEL CARMEN, Mexico — Harris English holed a chip-and-run from off the 18th green Saturday for birdie and a 7-under 64, giving him the 36-hole lead at the Mayakoba Golf Classic as he tries to end six years without winning.

English birdied his last two holes at El Camaleon and led by one shot over Vaughn Taylor, who had a 66 in the afternoon. Brendon Todd, coming off a victory in the Bermuda Championship two weeks ago, had a 68 and was another shot behind.

Because rain washed out Thursday, players will go as long they can Sunday before darkness, with the 72-hole event ending Monday.

Roger Sloan of Merritt, B.C., Mackenzie Hughes of Dundas, Ont., Michael Gligic of Burlington, Ont., and Ben Silverman of Thornhill, Ont., were all expected to miss the 1-under cut.