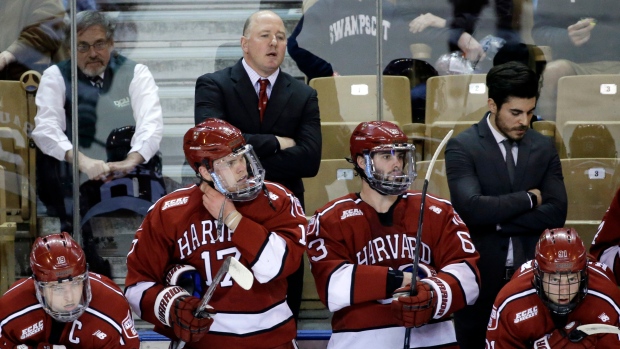 Ted Donato will be among those behind the bench for Team USA on Nate Leaman's staff at the 2021 World Junior Hockey Championship, USA Hockey announced on Wednesday.

As a player, Donato suited up for the US at the 1988 world juniors in Moscow.

Among other assistants will be Theresa Feaster, the first woman to serve on a Team USA world juniors staff. Feaster is the director of men's hockey operations at Providence. Feaster will serve as video coach.

Team USA has won four medals in the last five tournaments, including gold in 2017.

The 2021 World Junior Hockey Championship is set for Edmonton and Red Deer, Alta. in December. Canada is the defending champions.