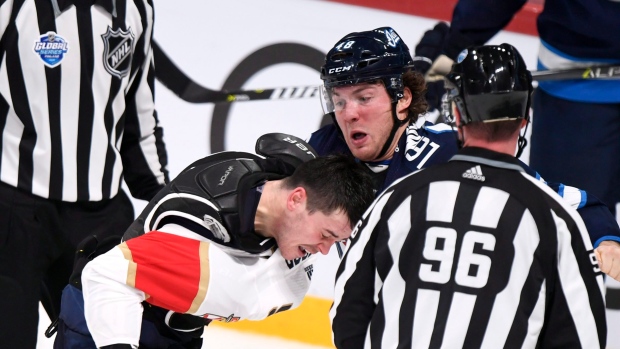 Winnipeg Jets forward Brendan Lemieux will have a hearing Monday after a high hit on Florida Panthers forward Vincent Trocheck over the weekend, the NHL's Department of Player Safety announced.

NHL Player Safety announced the hearing Saturday, but waited until Sunday to determine the date due to the Jets' travel schedule returning from Finland.

Lemieux received a match penalty when he clipped Trocheck with a hit to the head late in the second period. Florida went on the defeat the Jets 4-2.

The 22-year-old is pointless over nine games this season in Winnipeg.