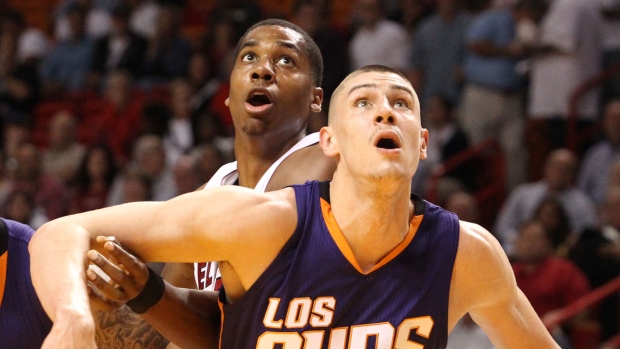 NEW YORK, N.Y. - Phoenix Suns centre Alex Len has been fined $20,000 for initiating an altercation with Miami Heat centre Hassan Whiteside and attempting to take him to the floor.

Whiteside has been fined $15,000 for escalating the incident by wrestling Len to the floor during Monday's game at Miami.

Suns forward Markieff Morris has been fined $15,000 for his flagrant-2 foul for making excessive contact above the shoulders with Heat guard Goran Dragic.

The fines were announced Tuesday by NBA executive Rod Thorn.