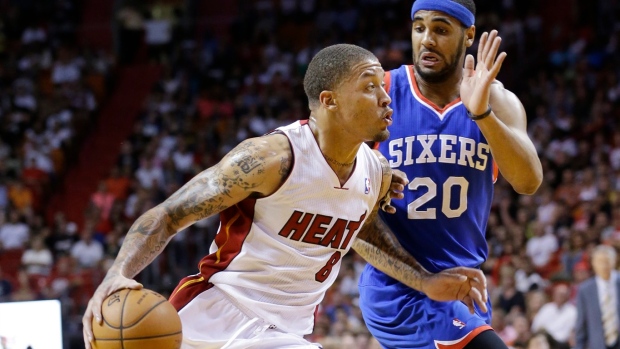 Miami, FL - The Miami Heat signed forward Michael Beasley for the remainder of the season on Wednesday.

Beasley spent the beginning of the season playing in the Chinese Basketball Association, but signed two 10-day contracts with Miami.

Drafted as the second overall pick of the 2008 NBA Draft, Beasley played two seasons with the club before being traded to Minnesota. He rejoined the Heat last season, appearing in 55 games (two starts) and averaging 7.9 points and 3.1 rebounds.