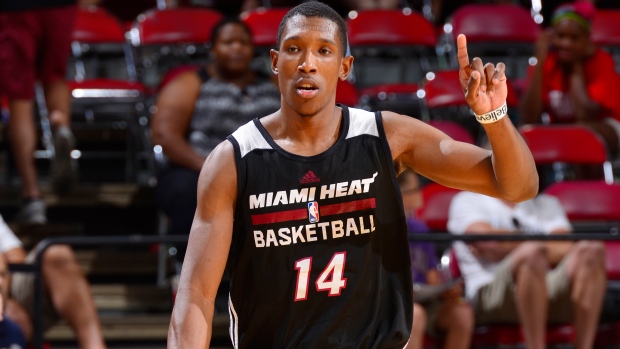 MIAMI - The Miami Heat have signed guard Josh Richardson to his rookie contract.

Richardson agreed to the deal last week and signed it Monday. He could earn just more than $2.5 million over the next three years, though the 2016-17 and 2017-18 seasons are currently structured as partially guaranteed.

Richardson went in the second round of this year's draft, taken at No. 40 overall after a four-year college career at Tennessee. He played some point guard and both wing positions for the Heat in summer leagues at Orlando and Las Vegas, averaging 11.8 points on 39 per cent shooting.

He appeared in 10 summer games in a 14-day span and saved his best one for last, finishing with a 23-point effort against Sacramento's summer club.