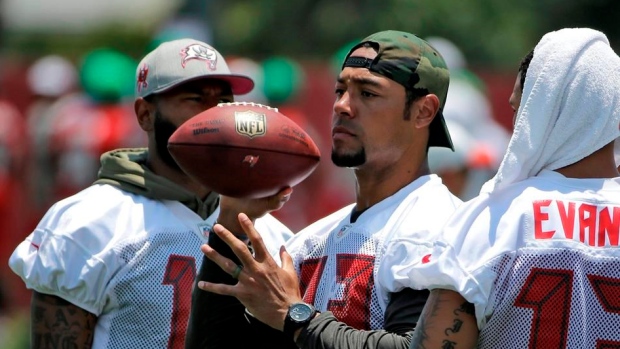 The 38-year-old Jackson was found dead in a hotel room on Monday.

“We got the autopsy report back that is going to be released today,” Chronister told the Q105 FM morning show on Wednesday morning. “Unfortunately, he suffered from chronic alcoholism. Again, just tragic. We haven’t gotten the toxicology report back, so can’t say with any certainty that was it. But a lot of longstanding health conditions that contributed to his passing because of some alcohol abuse.”

Chronister also revealed that his department made a welfare check on Jackson and spoke to the former San Diego Chargers and Tampa Bay Buccaneers star after his family filed a missing persons report. Jackson was living in the hotel since early January.

The sheriff told the morning show that Jackson's family believed the Colorado Spring, CO native was also dealing with the effects of CTE (chronic traumatic encephalopathy) due to incurring a number of concussions over his 12-year NFL career.

Chronister said the community will miss the charitable contributions that Jackson made to it over the years.

"Again, just tragic," Chronister said. "Thirty-eight years old, and to have the impact he had on this community. He would never say no. He’s the person you would call and say, 'Hey, I have something we want to do for a child in need, a family in need, a military member in need,' and he was always there. I don’t know how he balanced the schedule."